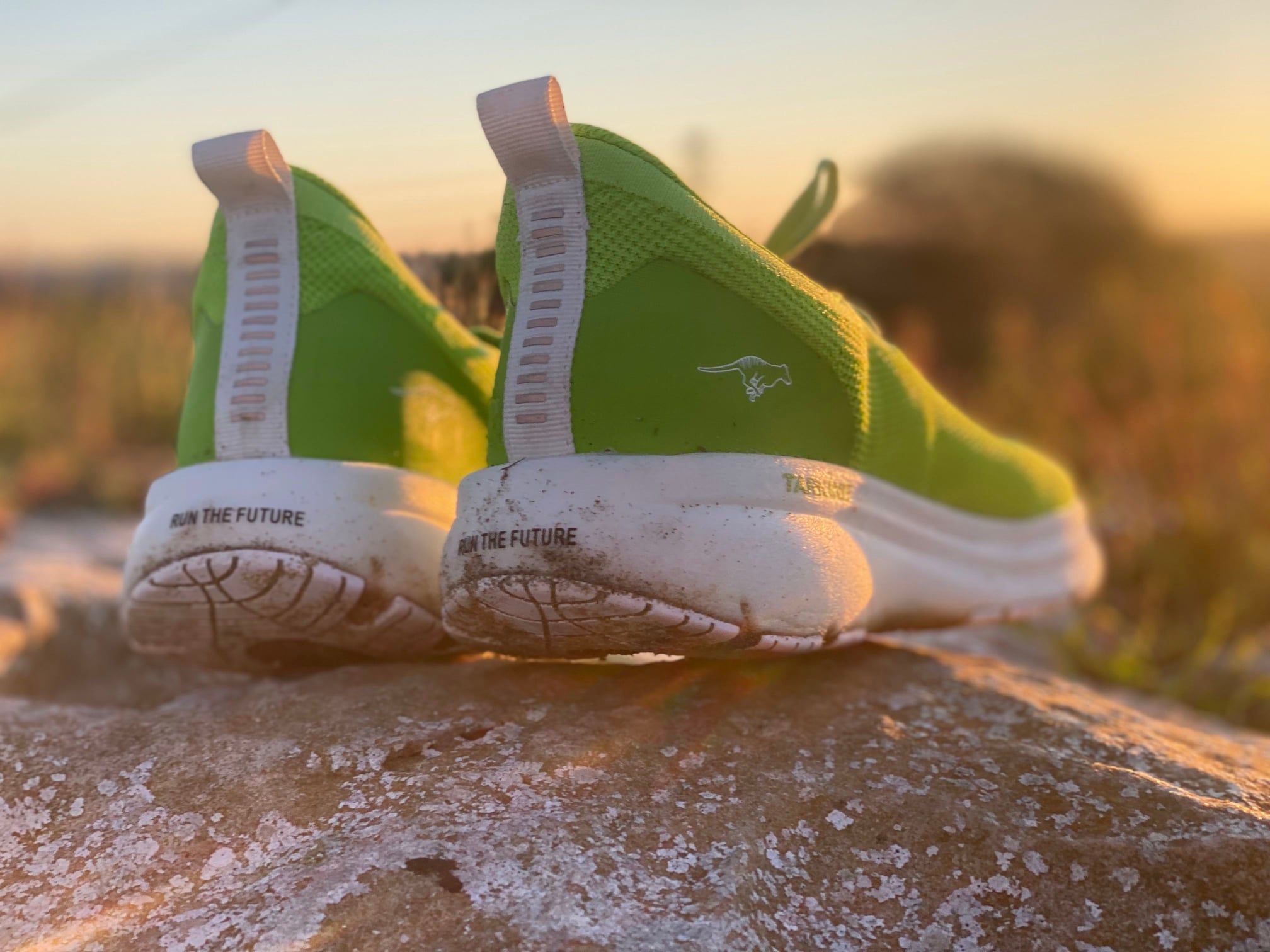 It’s estimated that 20 billion pairs of shoes are produced every year, with roughly 300 million pairs ending up in landfills post use. The Ethylene Vinyl Acetate commonly known as EVA, which usually makes up the midsole of most running shoes, can last for as long as 1,000 years in a landfill.

To counter these alarming statistics, new Australian based running shoe company Tarkine has designed a shoe made predominately from a mix of recycled and biodegradable materials that won’t sacrifice performance.

The shoe is marketed to last well over 1,000km, reducing the number of shoes you need to buy. Adding to this at the end of the shoe’s life Tarkine offers a ‘Return to Tarkine’ recycling program where your old shoes will be turned into other worthwhile products post use.

Take a look at Tarkine’s eco-credentials below:

By using mainly recycled/vegan-friendly materials Tarkine are helping lessen their carbon footprint on Earth. From its production up until its deployment, carbon dioxide is released in great numbers; by recycling shoes, this is lessened greatly.

Tarkine will be offering their customers significant discounts and rewards for returning their old worn-out shoes back to the company so they can be recycled.

Co-founder, Ross Johnson states “We are in a privileged and unique position to rethink the way the shoe industry operates and we hope to inspire other brands to follow in our footsteps. With that said, other major brands are only now taking steps to reduce their carbon footprint and to reduce their significant levels of waste. These companies have been operating for decades without any real focus on what’s best for the environment. Only now you will see these companies make more of an effort as eco-conscious brands like ours challenge the way they do business. What we’ve achieved through 3-years of constant work can have a real impact for lifetimes to come.”

Tarkine also donates 2% of all sales back to the Bob Brown Foundation to aid in saving one of the world’s most beautiful rainforests, the takayna / Tarkine in Tasmania, Australia. All funds donated and their usage will be freely available to view once their official website is launched in the coming weeks.

Tarkine’s Kickstarter campaign is ending soon and is over 300%, showing people are ready to make their next run an eco-friendly one.