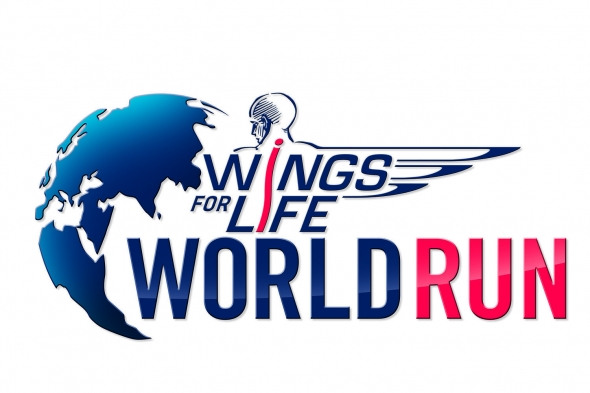 Although the local benefit runs we’re all familiar with are fantastic events, as participants, we get in a nice 5K or 10K race while raising money and awareness for worthwhile causes, often ones impacting our immediate communities. But what if this local run concept was extended to numerous sites around the world, with each race kicking off on the same day at the same time? You might call it a huge party for good.

And that’s precisely what the Wings for Life World Run delivers. Since 2014, this global event has inspired runners of all levels to lace up and race for fine spines. Wings for Life, a non-profit foundation focused on discovering treatments for spinal injury and paraplegia, is the deserving beneficiary of all this planetary pavement pounding.

The Wings for Life story goes back to its founding in 2004 by Dietrich Mateschitz, the brains behind the Red Bull energy drink, and world-champion motocross rider Heinz Kinigadner. Kinigadner’s father and brother are wheelchair bound as a result of motocross sustained injuries.

Red Bull covers all the administration costs of the foundation, allowing every penny raised to go directly to research and treatment development. This is welcome news in the field of spinal cord medicine where research funding comes from private donations.

From South Korea gearing up to host the world’s nations at the Winter Olympics in PyeongChang to England’s expected show of force at the FIFA World Cup, 2018 is an exciting year for sports fans around the globe. The Wings for Life World Run adds to this list of humanity-unifying events with one important difference — everyone can join in as an athlete!

The results vary because there is no fixed distance.

The Wings for Life World Run features a Catcher Car that eliminates runners from the race. Thirty minutes after runners are released on the course, the Catcher Car begins driving the route at 15 km/h. Runners are eliminated from the race when passed by the car. The Catcher Car’s speed increases every hour up to 35 km/h at the 05:30 mark.

The final male and female runners remaining on the course at each Wings for Life World Run location are declared the race winners. The elite man and woman running the farthest distances overall are awarded trips around the world and crowned Wings for Life Run Global Champions.

Australia will represent heavily on race day with runs in six cities: Cairns, Sydney, Canberra, Perth, Adelaide and Melbourne. Of course, the 11 a.m. UTC start time is not 11 a.m. in Oz. Down under, we’ll enjoy a nocturnal twist to the experience with Perth firing up at 7 p.m., Adelaide at 8:30 p.m. and Sydney, Canberra, Melbourne and Cairns following at 9:00 p.m. Hey, we said it will be a party!

The bar is high for the Wings of Life World Run in 2018. Last year’s edition boasted 155,000 runners in 25 locations combining to raise €6.8 million. To date, the worldwide event has contributed more than €20 million to the Wings of Life foundation.

“Running for those who can’t” is the Wings for Life World Run’s motto. And the world will indeed come together in May to accomplish this mission for the fifth consecutive year. Catch event coverage live on the Red Bull TV website.