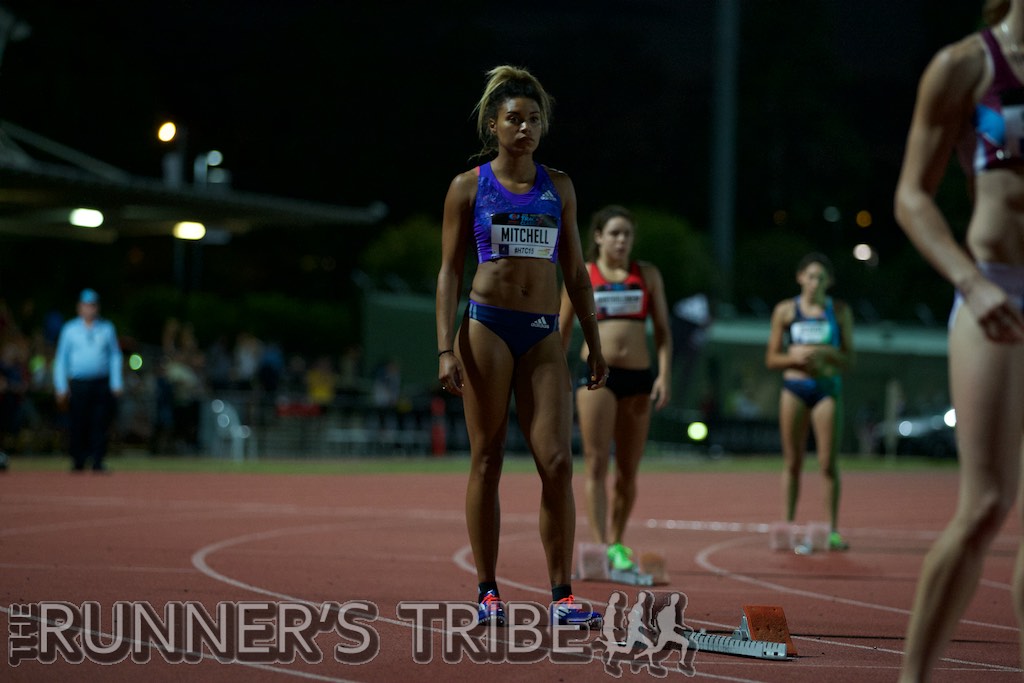 Morgan Mitchell (Vic) has smashed her women’s 400m personal best to stake a claim for selection to the Australian Olympic Team at the Hunter Track Classic.

Crossing the line in 52.04, more than 0.2 seconds faster than her previous quickest time, Mitchell set her one-lap race up on the back straight before storming home to cross the line victorious from Monica Brennan (Vic, second, 53.87) and Molly Blakey (NSW, third, 54.36).

“That was amazing. Conditions were perfect and I pulled it off, so I am really happy,” Mitchell said.

“I’ve run pretty well here before, and I had hoped for a 51.0 when I looked at the clock but it wasn’t to be. Seriously though, a personal best is great.

“I’m going to back this up with a run at the ACT Athletics Championships next week and then I’ll consider my options to be my best at the Nationals. There is tough competition in the women’s 400m this year, but I want the individual spot in Rio and am happy to keep working for it.”

The third placed Blakey’s performance was also a qualifier for the IAAF World Under 20 Championships, with the 19-year-old eligible for the Bydgoszcz (POL) hosted event in July.

Equally strong was Joshua Clarke (NSW), who was unrivalled in the men’s 100m. Clarke made light work of a notorious -2.8 headwind to cross and win in a time of 10.39 from Hayden Kovavic (NSW) and Nicholas Andrews (NSW), who both clocked 10.71.

The performance is Clarke’s quickest ever season opener and, with a 10.16 qualifier for the Rio 2016 Olympic Games in his sights, will give him great confidence ahead of upcoming competition opportunities in the short sprint at the Canberra Track Classic, the IAAF Melbourne World Challenge and the Queensland Track Classic.

“It’s a pretty good starting point. From an execution point of view it could have been better, I was a bit sloppy out of the blocks, but I am happy with it overall,” Clarke said.

“The ACT Championships are still on the cards next week if I pull up well from this event, then it’s on to the Canberra Track Classic. It’s a very quick track and it would be good to drop some quick times early in the season.”

In the longer middle distance events, it was Australian 1500m record holder Ryan Gregson(Vic) and up and coming talent Jenny Blundell (NSW) and Luke Mathews (Vic) who shone.

Highlights in the field were headlined by Hamish Peaock (Tas) in the men’s javelin and Angus Armstrong (NSW) in the men’s pole vault.

Armstrong cleared 5.30m to make light work of the pole vault qualifying mark for the IAAF World Under 20 Championships. Mudith Jayasakera (NSW) was second with a 5.00m leap.

The Australian Athletics Season continues in Canberra (ACT) next weekend, with the nation’s capital to play host to the first leg of the IPC Athletics Grand Prix series of the International Paralympic Committee. For more information, please click here.

The Australian Athletics Tour then returns on 13 February in Hobart (Tas), with the Briggs Athletics Classic to welcome a plethora of our best athletes for competition at the Domain Athletics Centre. For more information, please click here.