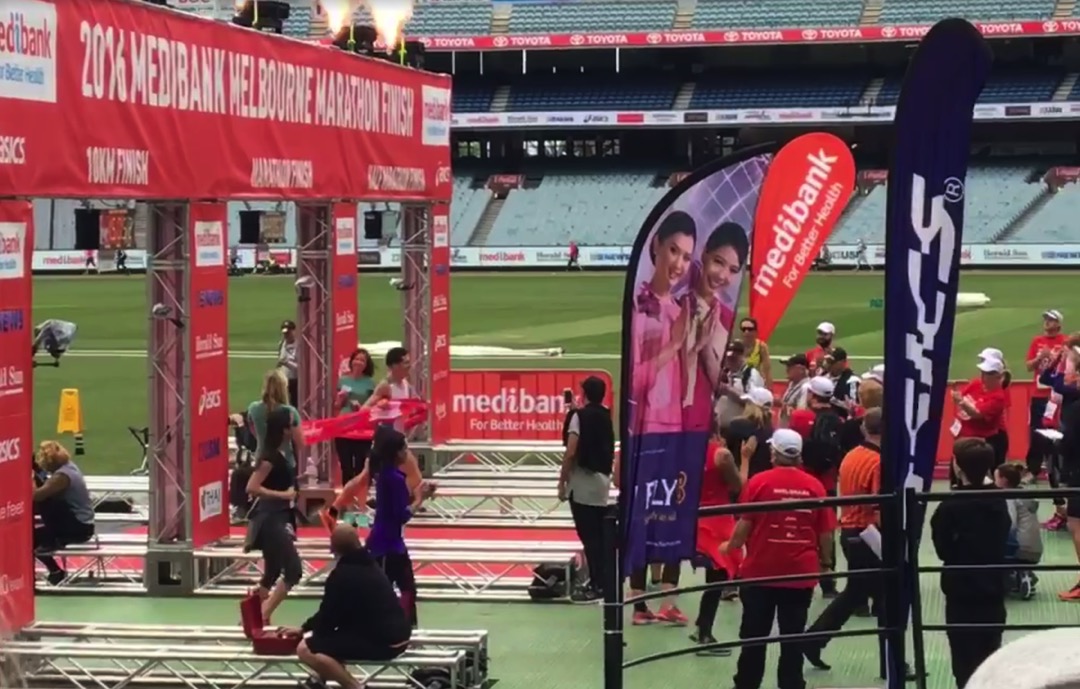 Virginia Moloney (Vic) and Thomas Do Canto (NSW) are Australia’s marathon champions after taking line honours on the hallowed turf of the MCG at the Medibank Melbourne Marathon this morning.

Clocking 2:34:27 and 2:20:53 respectively, Moloney’s result delivers her maiden national crown, while Do Canto’s run is made even more impressive when you consider it was his debut attempt at the 42.195km distance.

Raised on a dairy farm in rural Victoria alongside her ten siblings, Moloney is now a school teacher in Elwood (Vic), with students from her physical education class cheering her on as she made her way towards the finish line.

Standing atop the podium after placing 4th in the same race last year, she believes she is now a contender for selection to compete at the IAAF World Championships in London (GBR) next year.

“I absolutely have the world championships in my sights, now. I’ve got the monkey off my back, and have put a time on the board that I am proud of. I’ve marked myself as someone that deserves to be here now,” Moloney said.

“Melbourne is a fast course and despite the wind and what not there was no reason that we should have had a slow race, so we decided to stick to the plan and run to the best of my ability in the conditions. I ran as well as I could when the wind was against me and then let the wind carry me on when it was on my tail.

“I certainly didn’t get a feeling of elation when I finished last year. I thought then, why does everyone love running into the ‘G, but this time it was amazing. That was my first marathon, this one won’t be my last, but it was an awesome experience today. I’m happy to keep doing the hard work for feelings like today.”

Mentored by his training partner Ben St Lawrence (NSW), Do Canto is a 30-year-old podiatrist who became a father to son Leo only nine weeks ago.

He was delighted by his performance after capitalising on the merging of the men’s marathon and half-marathon as they entered the closing stages, with half-marathoner Ben Moreau (NSW) providing ideal support as the lead pack of four battled the windy conditions.

“The wind was really brutal so it was crucial to have that support from Ben (Moreau). I clung on to him and as we split off to come home I just said to him, you legend. I’ve never got a solid block of training together and never thought I would run a decent marathon until I did,” Do Canto said.

“It’s just so good that there is a race in Australia that supports elite domestic athletes like this one, the prize money is amazing. I saw Brad (Milosevic) win here last year and that triggered me thinking that I should run it. I’m so glad that I did.”

In other results from the Medibank Melbourne Marathon Festival:

–          Eloise Wellings (NSW) made the late decision to run the half-marathon after initial entering for the 10-kilometre event, with the change proving a good one as she took line honours in 1:14:18.

With thanks to the Medibank Melbourne Marathon Festival