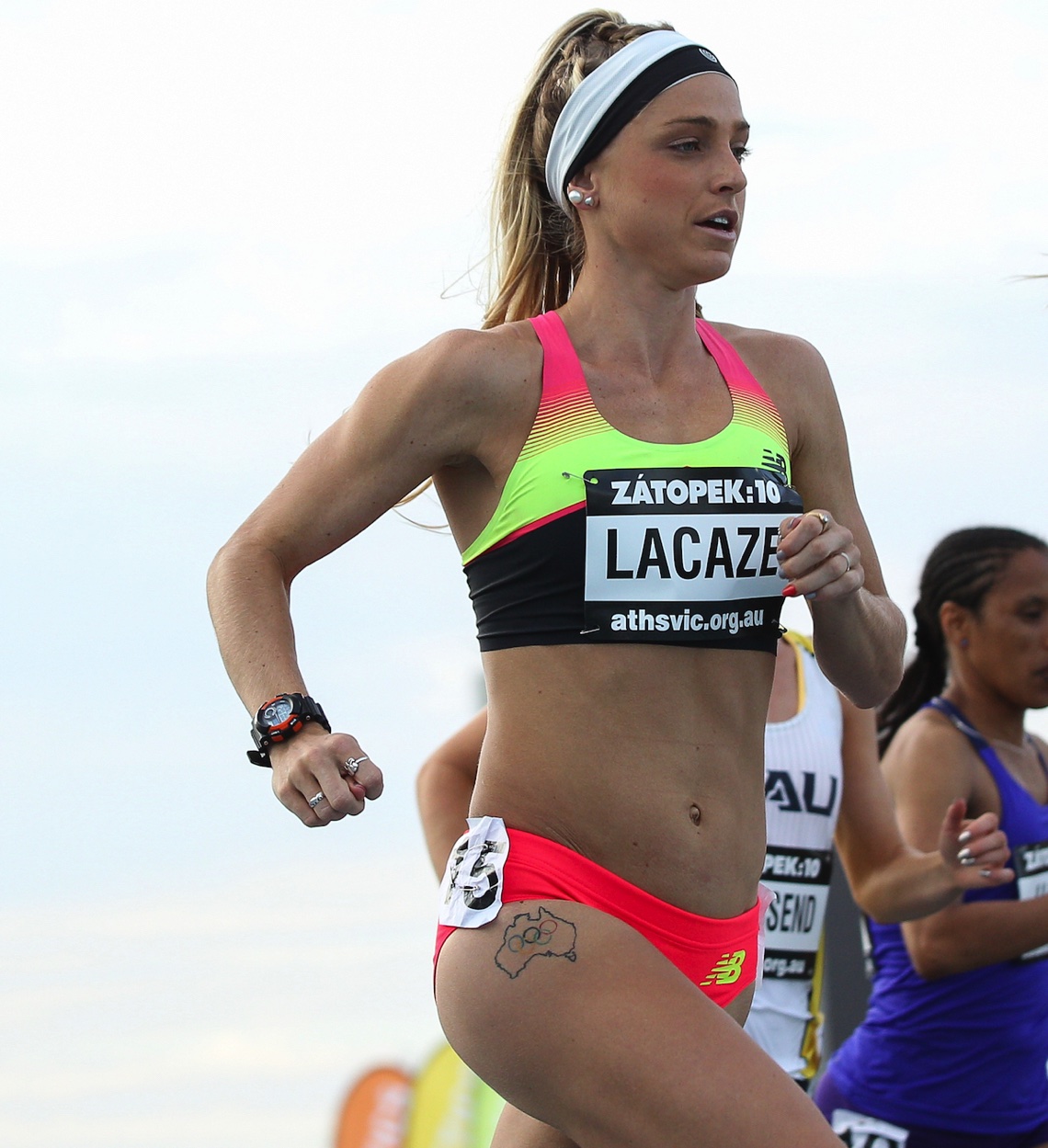 Morgan Mitchell (Vic) has run a huge women’s 400m personal best on Diamond League debut this evening, after the day began outstandingly with Melissa Breen (ACT) ensuring her nomination for Rio 2016 in the women’s 100m in Townsville (Qld).

Bringing to a crescendo an impressive day of green and gold action at Round 6 in Birmingham (GBR), Mitchell’s time of 51.25 to place third behind Floria Guei (FRA, first, 50.84) and Christine Day (JAM, second, 51.09) is her fastest ever performance by 0.56 seconds.

It also moves her past Tamsyn Manou and Nova Peris to 8th on the Australian All-Time List and continues a an impressive year for the 21-year-old that already includes Olympic selection and the national crown.

“I am so happy. That felt amazing. Fitz (coach Peter Fitzgerald) and I knew it was going to happen and it was just a matter of when. The atmosphere was incredible and the officials made me feel so at ease which took away all my nerves,” Mitchell said.

“It is my training partners that have got me to here and I can’t thank them enough. They’ve been so incredible to work with. I’m so keen for my next run in Oslo now, but to get it right there I need to enjoy this, but then cool down and recover well.”

Not to be outdone in the women’s 5000m, Genevieve LaCaze (Vic) improved her quickest ever time by 14 seconds when she crossed the line 6th in 15:27.13, one place behind Eloise Wellings (NSW, 5th, 15:26.19). LaCaze is scheduled to return to the women’s 3000m steeplechase alongside Madeline Hills (NSW) at Round 7 of the IAAF Diamond League in Oslo (NSW) next week.

Today also marked the return of Sally Pearson (Qld), with the 29-year-old competing in the women’s 100m hurdles one year and one day after a serious wrist injury forced her withdrawal from the 2015 IAAF World Championships and the 2016 Australian athletics season.

Competing from lane three, the Olympic champion clocked 13.25 (w: -0.3) to place 7th behind winner Kendra Harrison (USA, first, 12.46). She will now shift her attention to Round 7 and Round 8 of the IAAF Diamond League in Oslo (NOR) and Stockholm (SWE) respectively.

“I’m a little bit disappointed at the moment with my body, it’s not in the best shape, but I was so determined to be out there, whatever happened. I was willing to risk having a bad race, time and position, because I knew it would be worth it to be back out there competing in competitive line-ups again,” Pearson said.

“This is the first event of my building back and hopefully things start to go my way a bit more in the next couple of races.”

Breen’s performance at the North Queensland All-Comers is a testament to her determination, with the national record holder finally breaking through the 11.32 qualifying standard after ten consecutive attempts within 0.12 of the mark.

Stopping the clock today in 11.31 (w: +0.9) to edge out Toea Wisil (PNG, second, 11.40) and Samantha Geddes (NSW, third, 11.84), the performance is a season best, her fastest since the Australian Athletics Championships last year and the ideal confidence boost ahead of an international racing campaign leading in to the Olympic Games.

“I’m rapt with doing the time. It has been a tricky season for me, on and off the track. People don’t always know the road that people have travelled to get somewhere, and I’m really proud to have qualified for my second Olympic Games today. I hope that it’s a testament to persistence, you can’t give up,” Breen said.

“Every time you step on the track you have to perform. I have been consistently running at about 11.30 and today it was at the lower end, which is great. I’ll head off to Europe at some point now, I’ll work with my coach Matt Beckenham on the best possible plan to be ready for the Games.”

In other results from the North Queensland All-Comers in Townsville (Qld):
– London 2012 Olympic finalist Steven Solomon (NSW) clocked 45.44 to miss the Rio 2016 men’s 400m standard by a mere 0.04 seconds.
– Solomon’s training partners Chad Perris (ACT), Evan O’Hanlon (ACT) and Scott Reardon (ACT) ran 11.15, 11.31 and 12.57 respectively in the men’s ambulant 100m to continue their preparations for the Rio 2016 Paralympic Games.
– Luke Cann (WA), who has recently relocated to Perth (WA) to be coached by Grant Ward, threw a new personal best of 80.27m to win the men’s javelin.
– Competing for the first time since the Australian Athletics Championships, Michelle Jenneke (NSW) contended with a strong headwind to clock 13.54 (w: -2.6) and win the women’s 100m hurdles.
– Joel Baden (Vic) won the men’s high jump with a leap of 2.21m, while Hannah Joye (Qld) sailed over a season best of 1.87m to win the women’s event.
– Doha 2015 IPC Athletics World Championships representative Taylor Doyle (NSW) improved her own national record to 4.58m in the T38 long jump for athletes with cerebral palsy.

In other competition results this weekend:
– The impressive form of Hamish Peacock (Tas) continued, with the national javelin champion throwing 83.17m to win in Huelva (ESP). The performance is his fourth best ever.
– Jenny Blundell (NSW) staked a second claim for Rio 2016 selection in the women’s 1500m, crossing in 4:05.30 in Oordegem (BEL) to record another qualifying performance just weeks after her strong personal best run of 4:04.62 in Shanghai (CHN).