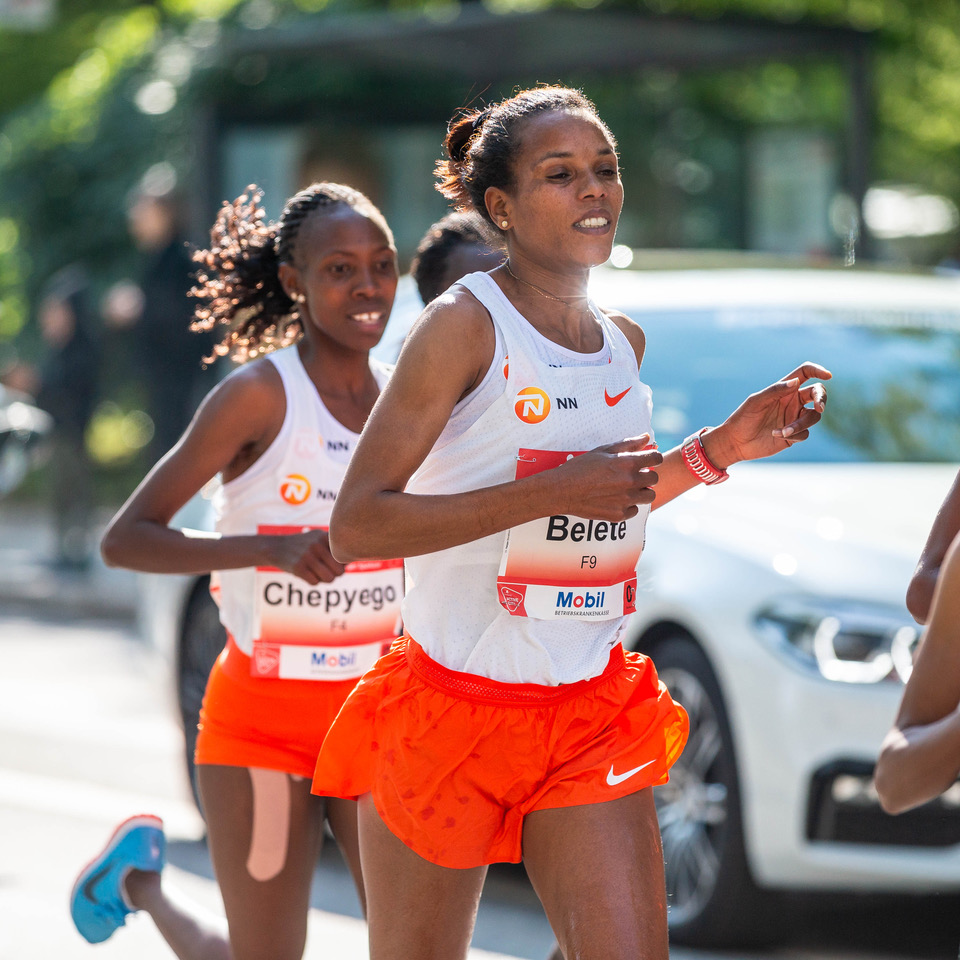 As marathon debuts go, Mimi Belete’s might have gone unnoticed in Hamburg last March but for the fact she earned herself third place in this world class event in a very good time of 2:26:06.

No one was more surprised than her coach Getaneh Tessema, as she had battled a flareup of a nagging hamstring injury for much of the race and would have been well served to drop out. What could she have run if not for her impediment?

The world is about to find out as the 30-year-old, who now represents Bahrain, has turned her attention to the Scotiabank Toronto Waterfront Marathon, October 21st, an IAAF Gold Label race.

“For a long time I was training for the short distances and now I want to get a good time in the marathon,” she explains. “I have been with Getaneh almost one year and he advises me after training to rest well as well as to keep working hard.”

“I was happy with my performance in Hamburg. I could have run faster but I had a hamstring problem. I want to get my best time in Toronto.”

Belete’s path to Canada’s largest city has been a circuitous one. Though she was born in the Ethiopian capital of Addis Ababa, she and her younger sister Almensh left their homeland and sought political asylum in Belgium while still in their teens. Although they remember watching Haile Gebrselassie strike Olympic gold at the Sydney Olympics – on Ethiopian television – they didn’t run in Ethiopia.

Both took up running in their new country and Mimi chose to focus on the 1,500m early on, winning the Belgian Under-20 title.

“For me everything was different, for example the language, the culture, weather and life,” she remembers of the transition from her birthplace to Europe. “I was there (in Belgium) almost four years.”

In 2009 she was encouraged to change citizenship once again when the Bahrain Athletics Federation invited her to join other Ethiopian born runners in their program. She represented the country at the 2009 IAAF World Championships in Berlin reaching the 1,500m semi-finals. Two years later she finished 7th in the 1,500m final.

As the political situation has long since calmed down, she returned to Addis to train with her husband Birhanu Girma. Almensh still lives in Belgium and gave birth to a daughter recently. The sisters speak regularly.

When she is not training she maintains a normal domestic schedule.

“I spend time cooking and cleaning my home, watching television and reading books.” She says.

Belete, who owns a car in Addis and drives herself to training sites selected by Coach Getaneh, reports her training for Toronto is going well. It will have to be since she will face defending champion Marta Megra (2:24:08 personal best), Amane Beriso (2:20:48 personal best); two-time Commonwealth Games medalist, Jess Trengove of Australia and Canada’s Krista DuChene (3rd at Boston 2018) among others.

While Beriso has targeted the course record (2:22:43) jointly held by Karen Yal Jelela (Ethiopia) and Sharon Cherop (Kenya) Belete, who is the first Bahrainian runner to race Toronto Waterfront, is more interested in substantially reducing her personal best from Hamburg. Given her remarkable talent that may well indeed put her into course-record territory.