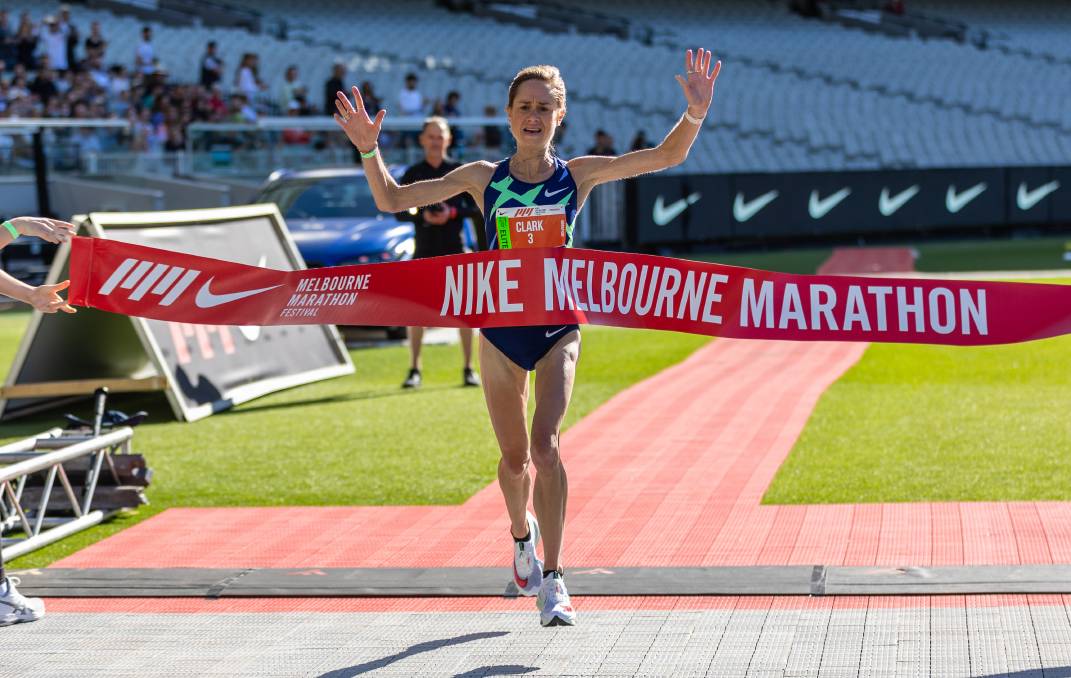 Milly Clark has beaten home two-time Olympic finalist Eloise Wellings at the Melbourne Marathon over the weekend.   Clark, who raced the Rio Olympic Marathon in 2016, finishing 18th, now has a qualifier for next year’s world championships and Commonwealth Games. The tough Tasmanian also broke the Tasmanian marathon record with her 2:27.00 time.

In second was track star Wellings, who in Rio in 2016 made the 5000m and 10,000m finals. Wellings has just recently made the step-up to the marathon after a long and successful track career. He time was 2:29:20, also within the qualifying time for next year’s world championships and Commonwealth Games.

Competition for spots in both the world champs and Commonwealth Games teams for 2022 will be fierce.   Just two months ago, Jess Stenson set a new pb of 2:25:13 at the Perth Marathon.  Add in Lisa Weightman, Sinead Diver and Ellie Pashley, and it’s easy to see why many argue that Australian women’s marathon running has never looked stronger.

On the men’s side Tokyo Olympic marathoner Brett Robinson won the men’s marathon narrowly from New South Weslhman Tom Do Canto. Neither men finished inside the qualifying time for the 2022 major championships.  Robinson had a tough Olympic campaign in Tokyo, struggling in the harsh conditions but look for the 2013 world championship 5000m finalist to hit back in early 2022.

What a weekend at the Melbourne Marathon Festival!

Izzi-Batt-Doyle won the women’s half  from Leanne Pompeani and Jess Stenson.  Batt-Doyle raced in the 5000m at the Tokyo Olympics but was eliminated in round one.

Jack Rayner proved once again that he is hard to beat over the half.  The 2018 Commonwealth Games Half Marathon champ kicked home to beat Dave McNeil by just three seconds. Third was Tim Vincent.

Rose Davies, who like Batt-Doyle, competed in the 5000m at the Tokyo Olympics, clocked a nice 32:52 to win the 10km. She won by over a minute from Rebekah Greene and Laura Donegan.

Ryan Gregson has won yet another road race.  Following on from his Sydney Harbour 10km win last weekend, and his Noosa Bolt win in November, the former 1500m specialist out kicked Andre Waring to win by three seconds.