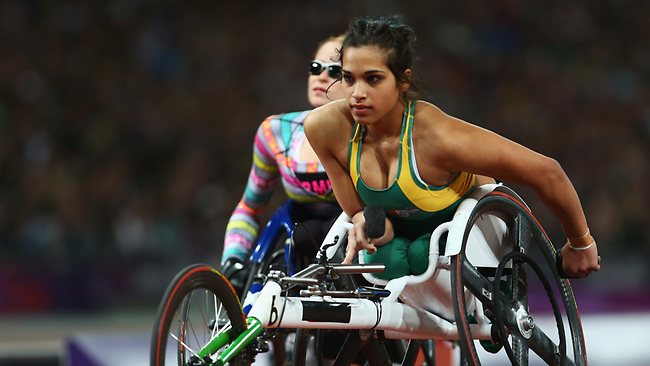 In a stellar weekend for Australian athletics, Rheed McCracken set a new world record in the T34 100m at the IPC Grand Prix at Nottwil, Switzerland clocking 14.80.

“I really surprised myself actually with that one, I was hoping to go fast today but wasn’t really expecting that to be honest. After the 200 yesterday I felt like there was an opportunity to go quick here in the 100 and I woke up feeling really good.” said McCracken.

“I didn’t have too many expectations, it was just a good experience and a good chance to race all the girls. I was just so lucky that I had a bit more to come around but the girls are so strong right now it’s always such a pleasure racing them,” de Rozario said.

Over in Eugene, Oregon, Linden Hall has broken Sarah Jamieson’s 12 year-old national 1500m record with a stunning 4.00.86 at the Prefontaine Classic.

“PBs always feel good, and this was no exception. I felt good when we hit the bell, which is always a good sign. I had a few cues I’d worked on with our VIS sports psych around my last 300 which was really helpful today.” said Hall.

The Australian, coached by Bruce Scriven, sat patiently mid-pack throughout the race, moving to the shoulder of the lead pack with 400 metres remaining, encountering traffic in attempting to move past a pacemaker. In the back stretch, the Victorian found room to breathe before scorching home in 62.22 seconds to finish a fabulous sixth place in a world-class field.

Meanwhile, Luke Mathews enjoyed the most significant win to date in his burgeoning professional career, victorious in the International Mile with a 3:57.02 run.

In what became a tactical race, Mathews was positioned well back in the pack until the top of the home straight, moving from 10th to first with 50 metres remaining. Mathews had time to enjoy the victory, as a final lap of 55.20 seconds allowed the 22-year old time to celebrate, as a raucous Hayward Field crowd acknowledged the Australian.

Mathews’ sub-four minute mile clocking was historic as it was the 400th time the magic barrier has been broken at the Prefontaine Classic, and the 500th at Hayward Field. The moment was commemorated with a plaque presented by American mile record holder, Alan Webb.

Mathews was thrilled with his win, exclaiming it as a race where everything went right, a now trademark finishing kick clicking into gear at the top of the home-straight precisely when he called upon it.