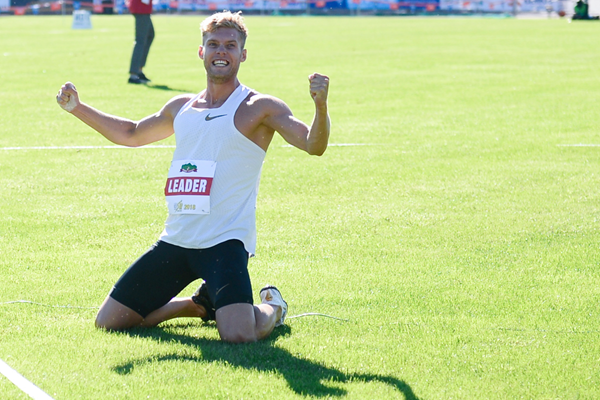 Coming just seven hours after Eliud Kipchoge clocked 2:01:39 at the Berlin Marathon, Mayer’s performance was the second world record of the day.

The world indoor champion headed to Talence in pursuit of redemption, having crashed out of last month’s European Championships when recording three fouls in the long jump, the second discipline of the decathlon.