In news from America and France.

Australian 1500m champion, Luke Mathews, has finished 4th in a 1500m race in Nancy, France.  The run missed the 1500m world champs qualifing time by .03 seconds.  Given his victory at the Australian championships, Luke is guaranteed a start in Doha if he can post the qualifying time.

Missed the 1500m world champs qualifier by .03 seconds tonight. Missed the Olympic standard by 1.03 seconds, running 3:36.03 for 4th in Nancy. A little bittersweet being so close, but a positive step forward considering 12 months ago I was in a moon boot. Looking forward to the next block of training and racing. . Always thankful for my incredibly supportive team; @totalsportsus @haasruns @uarunning and my coach/counsellor/mum @elizabethmathews21 . . Great to spend some time with young GOAT @sasha.zhoya 🇫🇷

Meanwhile in America, 4-time NCAA champion Morgan McDonald has signed with totalsportsus, a US based sports management company. Morgan is regarded as one of our brightest hopes; he not only possesses a lot of strength, winning the 2018 NCAA Cross Country, but also a lot of speed.  His last lap in winning the NCAA 5000m title a few weeks ago was 52 seconds.

Welcome @morganmcdonald__ ! Morgan is a 7x All-American, 4x NCAA National Champion and school record-holder at the University of Wisconsin. He represented Australia 🇦🇺 at the 2017 IAAF World Championships in London 🇬🇧 in the 5,000m and will continue his season looking towards @iaafdoha2019 and @tokyo2020. Welcome to #TeamTotal! • •📷: @trackandfieldnews

McDonald is the second high-profile Aussie to sign with totalsportsus this week. Earlier in the week 4-time NCAA champ Jessica Hull was also added to the high-profile management company’s books.

@totalsportsus is proud to announce that 7x All-American and 4x NCAA National Champion @jessicaahull will be joining #TeamTotal! A native of Albion Park, Australia Hull competed for the University of Oregon 🦆 and we are excited to support her on the road to @iaafdoha2019 and @tokyo2020 📷: @oregontf

The Prefontaine Classic, one of the biggest events of the year, is just a week away and Australia has two women lined up to compete over 1500m. Australian record holder Linden Hall and Jessica Hull, will look to contend with the likes of Laura Muir (PB 3:55) and Faith Kipyegon (PB 3:56). The run will mark Hull’s debut diamond league.

The Commonwealth Games champion, Kurtis Marshall is set to compete in the men’s pole vault. With a PB of 5.81m, Marshall will be up against a bunch of international stars with PBs just over 6m.

Fresh off her third placing and jump of 1.96m in Ostrava, Nicola McDermott, is lining up in the women’s high-jump.  McDermott’s jump in Ostrava moved her to equal third on the Australian all-time rankings list. She will be up against two women with PBs over 2.0m. 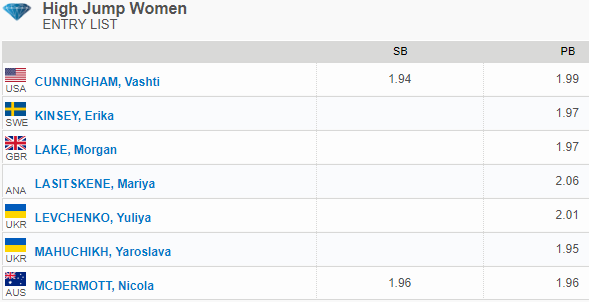 In the men’s mile New Zealand Olympic 1500m medalist Nick Willis, fresh off a crack at the 5000m in Rome, will go head-to-head against Olympic 1500m champ Matthew Centrowitz.  Australia has no starter at this stage.

Live results from the Pre Classic can be found here 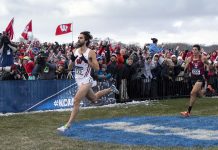 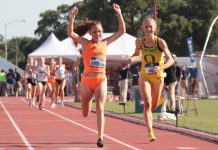 McSweyn and Hull book their spots to Tokyo 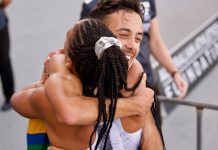 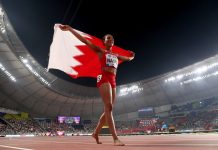 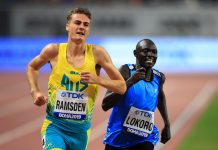 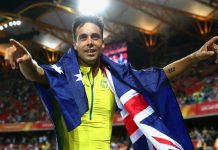