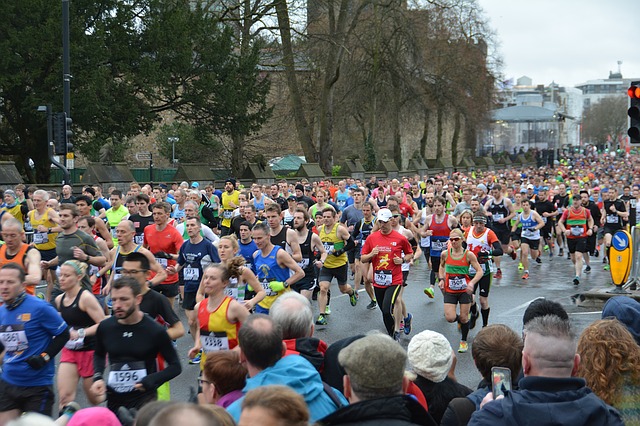 Marathon running is something that’s gone from a curiosity to a number of very fit hobbyists, to a global phenomenon with thousands of races taking place throughout the world each year.

With so many people now running marathons each year, it’s become a huge business all over the world. Many charities benefit from the sponsorships collected by individual runners and many companies benefit from the advertising that sponsoring a big event brings. However, despite the success and despite so many people running marathons and sponsoring the events each year, the question so many ask is how do they do it?

To the individual, a marathon journey doesn’t begin on the day of the event, and nor does it begin the first time they step outside to pound the pavement in their new running gear. It starts with their commitment to a chosen charity to raise a set amount of cash.

Many marathoners, perhaps surprisingly, say that the fundraising is the most difficult element of competing. It’s by no means as brutal on the body as blisters, bruises, pulled muscles and all manner of other injuries, but as the race for a place in a marathon becomes so much tighter, the fundraising commitment required by many charities is higher than ever. The current difficulty is explained perfectly here by fundraising manager at the Compton Hospice, in the UK:

“There’s so much competition out there – so many good causes all vying for attention, and individuals have less money to give. The average person on the street is more concerned about keeping pennies in their own pockets – and who can blame them?”

It’s obvious that when fundraising it’s important to think outside the box and very often that means rewarding the investment people make. It’s a struggle that all fundraisers come up against, so to make the journey a little easier, we’ve listed a few of our favourite ideas below.

For companies, marathon sponsorship is big business and successful sponsorship is a result of companies understanding their audience. Not only that, it’s also the perfect way to market a brand and involve a brand name in a domain where they’d never normally be found.

Take Flora for example, the main sponsor of the London Marathon for 14 years. During their sponsorship term, the London Marathon “became the largest annual fundraising event in the world” which meant that Flora was the brand name on the tip of tongues throughout the world.

More recently, LottoLand have announced their sponsorship of the Mitchell Street Million Dollar Mile later this year. The Mitchell Street Mile attracts some big sporting names, last year’s winners being Silas Kiplagat and Australia’s own Brittany McGowan. This year though Lottoland have increased the prize money, with race director Richard Welsh highlighting the appeal of this to the world’s elite:

“While it’s a great and unique event, a prize pool like we have now is a sure-fire way to ensure we attract world class athletes.”

As a result of even more huge names taking part, many sports enthusiasts and sports betting enthusiasts will suddenly become exposed to the Lottoland brand, purely as a result of their sponsorship.

Event sponsorship is the perfect way to increase brand awareness and with fundraising also on side with marathon events, sponsor companies remain in the public’s mind for all the right reasons.