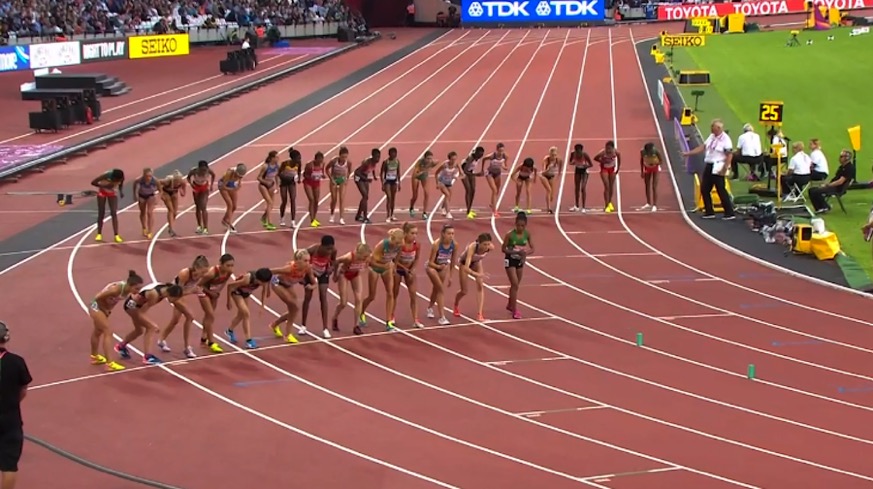 A leap of 7.93m (w: +0.6) has seen Fabrice Lapierre (NSW) place 11th in the final of the men’s long jump on what was a tough day at the track for Team Australia at the 2017 IAAF World Championships.

On track, it was Zoe Buckman (Vic) who led the charge in the semi-final of the women’s 1500m, clocking 4:05.93 to place eighth in her heat and miss the final by an agonising 0.18 seconds.

A finalist at the Moscow 2013 IAAF World Championships, she will now shift her attention to closing out her season strongly before a tilt at success at the Gold Coast 2018 Commonwealth Games next year.

“I’m still processing it. I’m obviously disappointed to be one of the fastest losers, but I was happy to finish the way I did. I was actually catching people, rather than being caught myself,” Buckman said.

“I have to process it and see what I can do better. It’s tough at this level. It makes me appreciate what I did in 2013. I just have to be tougher, and be stronger.

“I’ve got a few more races this year. I want to run a good 800m, I haven’t been able to do them that much this season. I need to get out of the season what I can before I start to get ready for the Commonwealth Games.”

Wellings, who took to the start line after an ankle injury impeded her preparation, is proud of giving it her best despite a preparation that was less than perfect.

“It is always hard when the first kilometre is as slow as 3:30 because when they start to run fast you have to take it on. If you go to the front you could need to be there for what’s 20 or 21 laps and then you’re a sitting duck as the chase starts,” Wellings said.

“That was the best I could do today. The last six weeks of training have been good, but it would have been nice to have another month or two to ready myself. I am happy to be lining up, competing, though.

A finalist in the 5000m at the Rio 2016 Olympic Games, Wellings will start in the shorter distance later in the program with the support of her husband, parents and daughter, Indi, in the grandstand.

“I would love to make the final. Despite the training I have been able to do, the final remains the goal and if I could do that I would be stoked. Once you’re there, anything can happen, you just must be prepared to hurt live you never have before.

“I know that when I stand on the start line I have confident in my ability to feel pain and embrace it when it counts. That’s what I’ll be doing in the 5000m.”

In other results from day two at the 2017 IAAF World Championships:

Sunday 6 August is the biggest day of the IAAF World Championships, with the men’s and women’s marathon to start and finish on Tower Bridge as, among others, Morgan Mitchell(Vic, 400m), Kurtis Marschall (SA, pole vault) compete the London Stadium for the first round of their events.

The evening session features Kelsey-Lee Roberts (ACT) and Kathryn Mitchell (Vic) in the qualifying round of the women’s javelin, with both boasting personal bests from 2017.