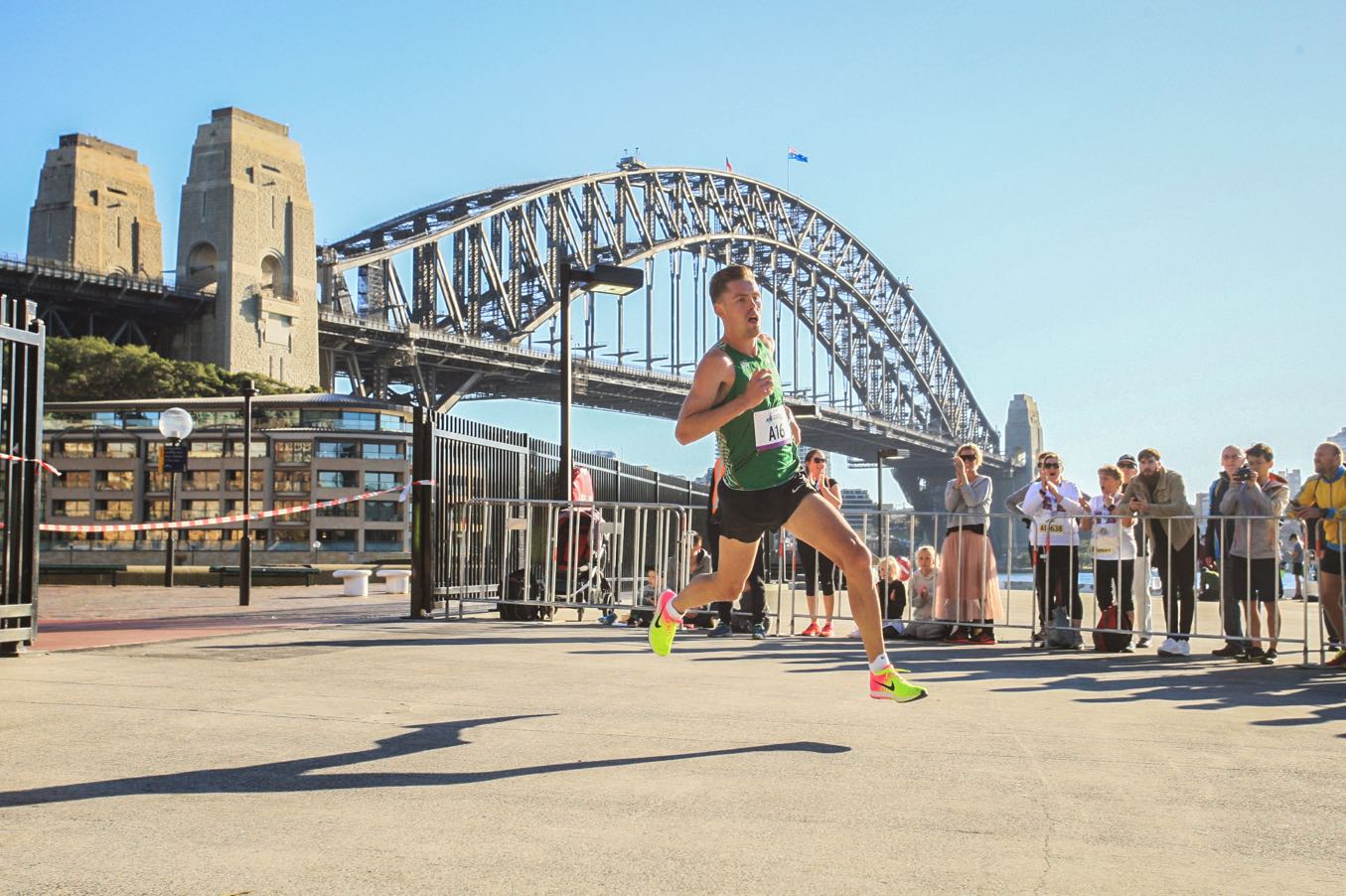 In stunning clear winter conditions Kevin Batt won the sixth Real Insurance Sydney Harbour 10k in 29:32 ahead of fellow competitor, Michael Shelley who finished in second place in 29:34. Third place was taken out by Brad Milosevic in 29:45.

The Real Insurance Sydney Harbour 5k men’s field was taken out by Ali Najem in 15:37 and Amy O’Halloran won the women’s field in 17:58.

More than 5770 runners registered for the Real Insurance Sydney Harbour 10k and 5k. Starting at the historic Sydney Rocks, the 10k course was a one lap loop which hugged the harbour foreshore travelling along Hickson Rd, through Cockle Bay, Darling Harbour, through the stunning Barangaroo parklands and back into The Rocks to the finish line at the Overseas Passenger Terminal, Circular Quay.

The 5K course also took in some of Sydney’s most beautiful sights. The course started at George Street, the Rocks, continued around the edge of Sydney Harbour, under the famous Sydney Harbour Bridge before an out and back section along Hickson Road and back into The Rocks to the finish line at the Overseas Passenger Terminal, Circular Quay.

“It was quite a surgy race with such a strong field. I knew I just had to hang in there and give it a crack,” said Kevin.

When asked about the course Kevin commented, “I have done in events all around the world and this is one of the most iconic.”

“I’m really happy with the result, you have to be happy with a win,” said Cassie.

“It’s a beautiful day and I love running in Sydney.”

“The flat and fast course continues to deliver a terrific experience for both elite and everyday runners out for a fantastic way to start their Sunday.

“The Real Insurance Sydney Harbour 5k continues to grow and gives everyone the opportunity to soak up the Sydney sights whatever their fitness level.”

Runners can check their results at www.sydneyharbour10k.com.