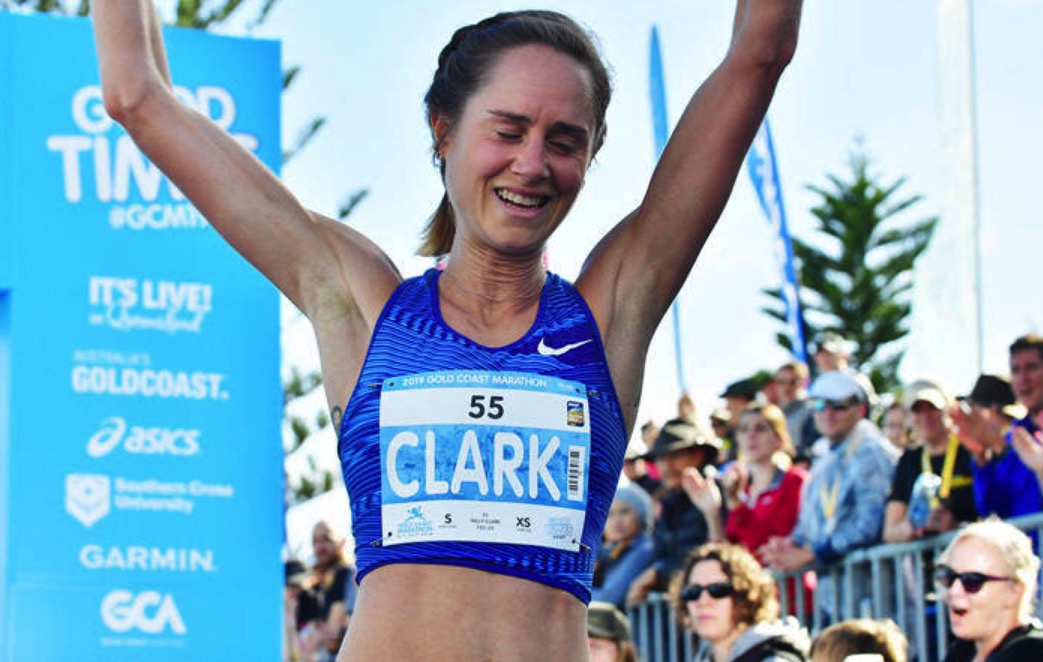 Jepkorir was in the lead pack from the start, passing through the 5km mark in Surfers Paradise in 17:12 with Weldu through in 17:13 and Clark back in 17:59.

By the time the runners had reached the 30km Jepkorir had snuck a three-second break on Weldu, while Clark was a further two minutes and five seconds back.

However the Aussie was beginning her blistering run home. At the 35km aid station Clark was one minute 31 seconds behind the leader, but still in third place.

At 40km Clark was comfortably in second place and 38 seconds from the lead. She continued to close to finally be just 12 seconds from Jepkorir at the tape.

Clark certainly ticked the boxes she was targeting on the Gold Coast. Primarily she wanted to enjoy the event. She achieved that.

Clark is no stranger to the Gold Coast Marathon weekend of events. In 2013 she was second in the Southern Cross University 10km Run. The following year she stepped up to the ASICS Half Marathon and won.

“The last 5km I was struggling a lot because of the wind but I thank God that I won.”

On the Gold Coast course:

“It’s so nice. It’s just that the weather wasn’t very nice but overall I want to say thank you.”

On the challenge of the marathon:

“It’s nice but the weather at the beginning was very windy. The last 5km also had a lot of wind so we were running against the wind.”

On her performance today:

“I had a lot of fun. There wasn’t a moment that I wasn’t loving it. I am just really stoked that I had the crowd and everyone around me cheering.”

“Honestly it was perfect. Everything went exactly the way I wanted it to go. I just wanted to hopefully run a PB (personal best) and finish in the top three and I did both so I’m super stoked.”

On the support of the crowd:

“You put in all the hard work in training and this is your prize. Instead of running alone and slugging it out on the roads, you can use the crowd. It gives you that extra burst.”