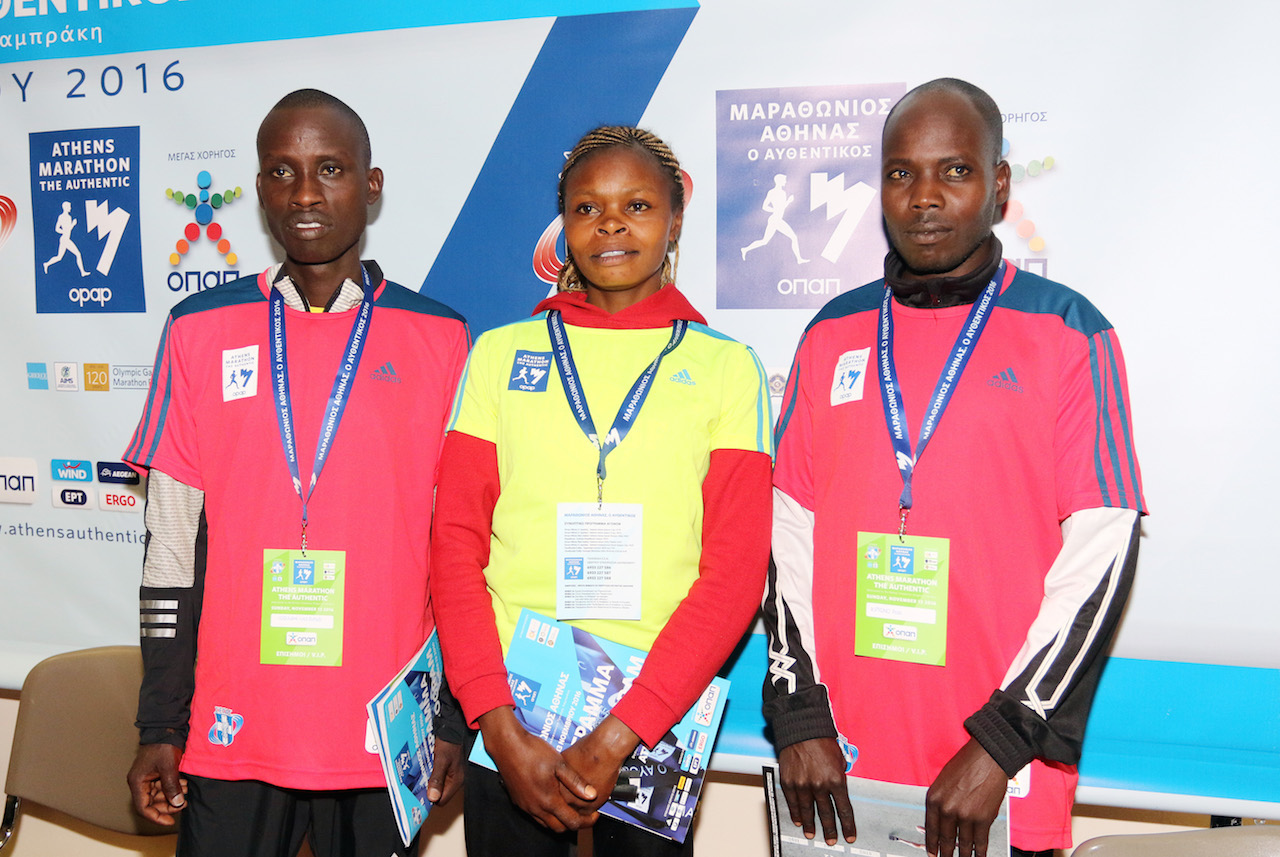 No marathon runner has ever broken 2:10 on the historic course in Athens. This is the target which the elite men have set themselves on Sunday for the 34th edition of the “Athens Marathon. The Authentic.“ A group of leading Kenyan runners with Luka Rotich at their head, are planning a race tempo to achieve exactly that. But while international results these days frequently feature times of under 2:05 on the fastest courses, Athens presents a course like no other.

Whoever runs in Athens follows historic footsteps. A record entry of 17,500 runners from 105 countries will compete the same tough course which produced the first marathon winner of the Modern Olympic era 120 years ago. It begins from the small coastal town of Marathon and follows the rise and fall of almost 250 metres before the final descent towards the finish in Athens’ Panathinaic stadium. In 1896 the Greek Spiridon Louis won ahead of his compatriot Charilaros Vasilakos. On Sunday descendants of both those Greek marathon heroes will be in the Panathinaic stadium to join in celebrating the 120 years since their achievements. Another great name in Greek athletics will be remembered: the triumph of Stylianos Kyriakides, who won the Boston Marathon in 1946. His victory is among the most memorable successes in Greek athletics.

A record total of around 50,000 runners are expected to be on the road in Athens on Sunday, taking into account those participating in the 5 and 10km events in addition to the marathon. “We have the authentic marathon course,” reflected Kostas Panagopoulos, president of the Greek Athletics Federation (SEGAS), the organisers of the event, on this record entry. “We want to develop the Athens Marathon not only in terms of the mass but also regarding the elite. That’s why our goal is to attack the course record. It is hard on this course but we shall keep on trying and hope that, gradually, we can continue to raise the standard of the runners we recruit for the “Athens Marathon. The Authentic.” In the continuing tough economic situation, this is only possible because all our sponsors have continued to support us. We are very thankful for that and it gives us confidence for the future.“

“Luka Rotich is here with the aim of running under 2:10,” announced Rachid Bin Meziane, the elite race co-ordinator in Athens, during Thursday’s press conference. The Kenyan has a best time of 2:08:12, set in finishing second in Ottawa in 2013 and will bear bib number 1 on Sunday. The course record of 2:10:55, set by the Italian Stefano Baldini in winning the Olympic title in 2004, was broken by the Kenyan Felix Kandie with his 2:10:37. “Since then Felix has run 2:06:25 – the difference reflects how tough is the Athens course,” explained Rachid Bin Meziane. “I shall try to break the course record – that is my goal. I have trained in the hills to be prepared for Athens,” said Luka Rotich who is one of four Kenyans who have personal bests of under 2:10. Augustine Rono is the fastest man on the start list with his 2:07:23from Hamburg in 2012. Silas Limo ran 2:08:54 for second place in Australia’s Gold Coast Marathon in 2015. This year Limo defied windy conditions to finish fourth in Vienna in 2:10:16. Duncan Kwemboi’s best is 2:08:34, set in finishing third at the Serengeti Marathon in Tanzania in 2014. Another who should be among the favourites is the 2013 Athens champion, Hillary Yego of Kenya, who triumphed three years ago in 2:13:50.

Penina Wanjiru has never run a marathon on such a hilly course as this one in Athens. The Kenyan won the Brighton Marathon on the English south coast in 2:34:25 in 2015. She will start as one of the favourites: “I have trained well and that makes me confident although I have never run a course like this,” said Wanjiru. Among her rivals should be fellow Kenyans Gladys Kwambai (2:36:16) and Purity Kimetto (2:37:20). Others to be taken into account are the debutant Nancy Arusei of Kenya and Algeria’s Kenza Dahmani. The latter has a best of 2:33:53. Her last marathon also had links with Athens and its Olympic history, since Dahmani ran 2:38:37 to finish 50th in Rio’s Olympic Marathon in August.