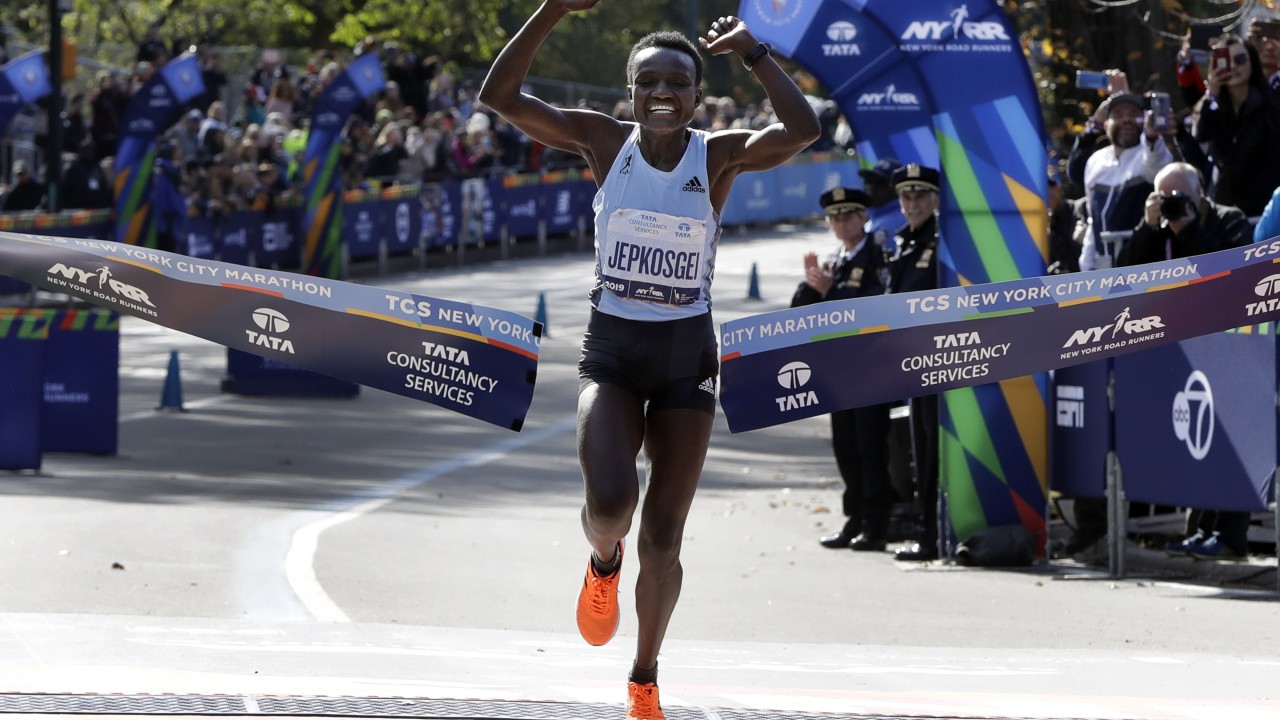 @geoffreykamworor 🇰🇪 reclaims the top spot on the #TCSNYCMarathon podium🥇 and he is your 2019 champion in the men’s open division! 🥈Albert Korir 🇰🇪 🥉Girma Bekele Gebre 🇪🇹

“From the start of the race, I was feeling okay,” Kamworor said. “I was comfortable. I prepared very well to run this marathon. Throughout the last few meters, the pace was somewhat high, and it wasn’t a problem for me. That’s when I decided to pull away.”

Congratulations to Joyciline Jepkosgei 🇰🇪, your 2019 #TCSNYCMarathon champion in the women’s open division! She also broke the tape at the #UnitedNYCHalf here in March! 🥈Mary Keitany 🇰🇪 🥉Ruti Aga 🇪🇹

“My strategy I had planned was to finish the race strong,” Jepkosgei said. “But in the last kilometers, I saw that I was approaching the finish line and I was capable of winning.”

Earlier in the day Romanchuk won his second consecutive event title in 1:37:24, crossing the line first ahead of pack that included Switzerland’s Marcel Hug, Great Britain’s David Weir and the United States’ Aaron Pike. Romanchuk had already won titles this year in Boston, London and Chicago.

“The first few miles were relatively fast, but as it got later in the race, there were just more and more people catching up and making a bigger group, and then things got a little bit more tactical,” Romanchuk said. “It was a very tight finish. A group of four, my teammate Aaron Pike, Marcel Hug, and then David Weir as well.”

“I’m always trying to pull away and go for a fast time,” Schär said. “It’s been incredible the last 12 months, and it’s still going on. It’s just — I don’t know. I’m speechless.”

Americans Tatyana McFadden and Susannah Scaroni took second and third, respectively, in 1:48:19 and 1:51:37.

The TCS New York City Marathon is part of the Abbott World Marathon Majors, a series made up of the world’s six largest and most renowned road races – the Tokyo, Boston, Virgin Money London, Bank of America Chicago, and TCS New York City Marathons. Points are allocated to the top five finishers in each race, with the top three men’s and women’s finishers in both the open and wheelchair divisions earning prize money.