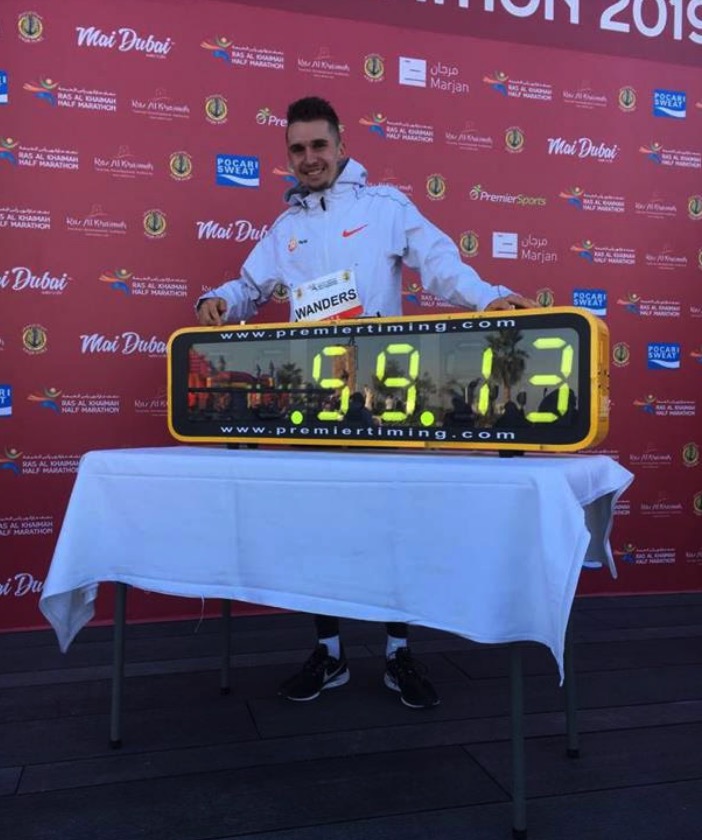 Earlier yesterday morning Julien Wanders (SUI) shattered the European Record previously held by Mo Farah in a time of 59:13. The young Swiss athlete has had his eye on this record for a while and has been preparing for the past months at altitude in Kenya. The record stood at 59:32 before the start of the race.

“We don’t set any limits,” said Wanders when asked about his training set-up in Kenya. “I have a great group around me, they push me further. The mentality of the team is very nice.”

Julien’s hard work is starting to pay off. Having also ran a European Record on the 10km in 2018 and improving drastically from his previous half marathon personal best 60:09 ran in Barcelona last year.

The victory went to Stephen Kiprop who crossed the finish line on the fast course in the United Arabian Emirates in 58:42.

Julien Wanders his next race will be the Herculis 5km road race in Monaco on February 17.