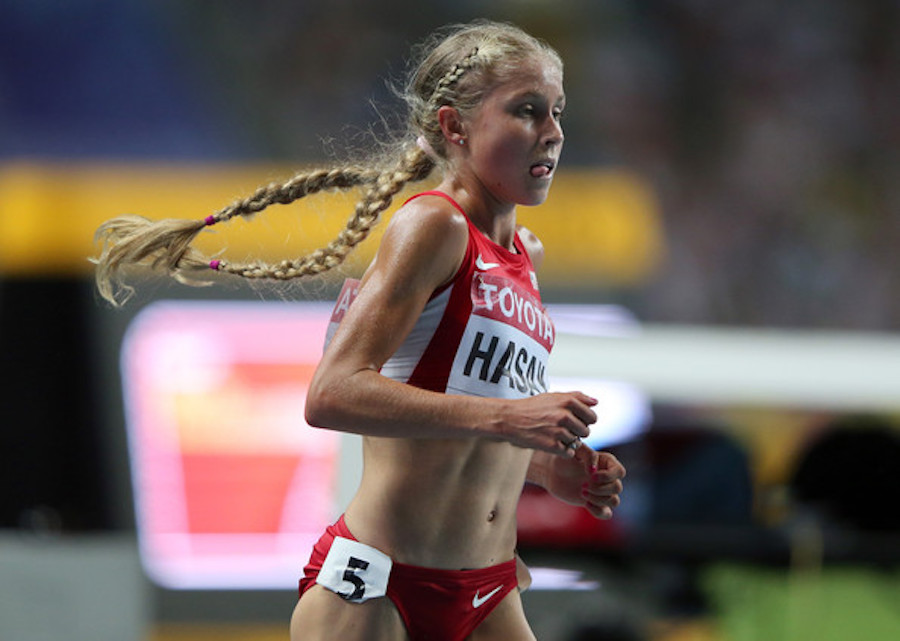 Jordan Hasay of Beaverton, Ore. has won the USATF Women’s 10 Mile Championships held in conjunction with the Medtronic TC 10 Mile in 52:49. She also won the $10,000 Equalizer Bonus in the handicapped competition between USATF Championship women and men topping Sam Chelanga of Tucson, Ariz., who won the USATF men’s title in 47:25.

Hasay and the rest of the women’s championship field started 5:43 ahead of the men, and the margin was more than enough for Hasay who bettered Chelanga comfortably.

“I knew what I could do based on training,” Hasay said. “We were shooting for 52 minutes, to feel comfortable, and to get the bonus.”

“It’s been a long year with the Olympics,” said Chelanga who competed in both marathon and track and field Olympic trials in 2016. “I’m very grateful that I was healthy all year long. Races like this are just amazing.”

“Nature gave us a picture perfect day for our 35th anniversary and Dominic Ondoro made more history for us,” Twin Cities In Motion executive Director Virginia Brophy Achman said. “It’s an honor to organize this great Twin Cities tradition and community treasure.”