Kenya’s Joyciline Jepkosgei kept her stellar 2017 momentum alive at the Valencia Trinidad Alfonso Half Marathon, taking one second off her own world record* to win the IAAF Gold Label road race in 1:04:51 on Sunday (22).

After Saturday’s technical meeting, it became clear that a serious attack on her current world record was on the cards. A cautious Jepkosgei had commented there that she had been training well since running a world 10km record of 29:43 in Prague and was confident of running fast.

Kenya’s Ezekiel Kemboi was enlisted to pace Jepkorir at a steady 3:05 per kilometre pace but the early splits proved to be even quicker than scheduled as the opening five kilometres were covered in a frantic 14:52, a time fast enough to finish inside 1:03. The brisk rhythm continued as the 23-year-old was timed at 30:09 at 10 kilometres, still well ahead of her own world record pace.

However, that kind of pace seemed to be self-defeating for a while as Jepkorir’s rhythm clearly slowed down in the third five-kilometre section. Always running at Kemboi’s shoulder, the multiple world record-holder reached 15 kilometres in 45:59 which put her target in serious jeopardy; when she set the previous world record of 1:04:52 in Prague, she had clocked 45:37 at 15 kilometres.

But, to the delight of the crowd, Jepkosgei dug deep in the closing stages and by the 20-kilometre checkpoint, reached in 1:01:30, she was only five seconds in arrears of her world record goal. With a thrilling run down the final straight, Jepkosgei beat the clock and reached the finish line in 1:04:51 to set her sixth world record this year.

“It was my first race in Valencia, I enjoyed a lot, the weather is nice, the circuit is perfect to run fast,” said Jepkosgei, who will turn 24 in December. “I hope to come back in March for the World Half Marathon Championships.”

Today’s performance was the third women’s world half marathon record set on Spanish soil in recent years after Florence’s Kiplagat previous records of 1:05:12 and 1:05:09 in Barcelona in 2014 and 2015 respectively.

Emeterio Valiente for the IAAF 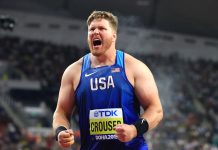 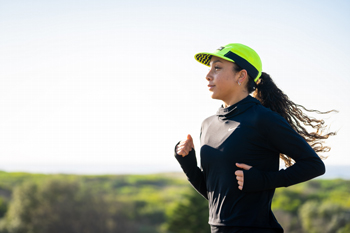