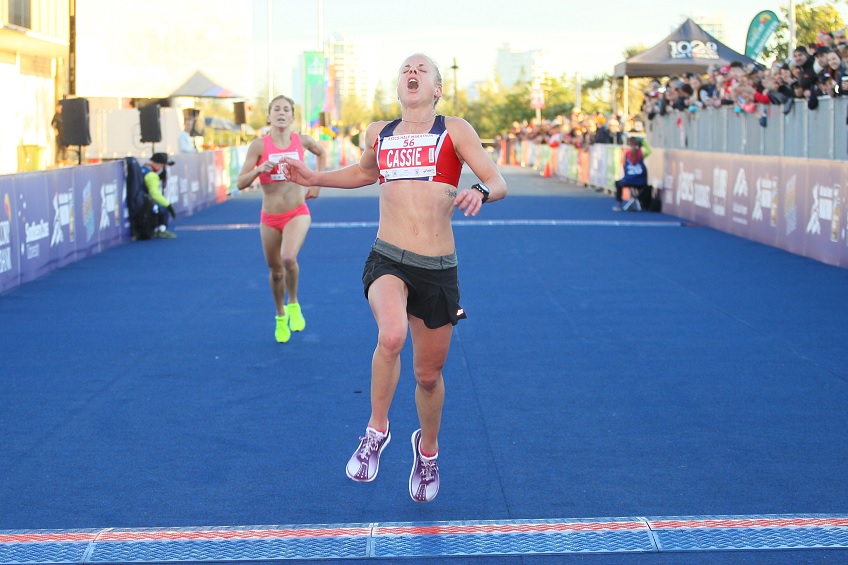 Australian distance running talent Cassie Fien will be eager to achieve an elusive ASICS Half Marathon win at the Gold Coast Airport Marathon on Sunday.

After a third placing last year following runner-up finishes in 2009 and 2010, the Brisbane runner comes into the race this year with her best chance yet.

Fien set a personal best (pb) of 1:11:13 in March when she placed 18th representing Australia at the IAAF World Half Marathon Championships in Cardiff.

Standing in the 30-year-old’s way is the number one seed for the race, Japan’s Yuko Watanabe, whose half marathon pb of 1:10:06 is more than a minute faster than Fien’s.

Although Watanabe’s pb was set four years ago, she is capable of reproducing that effort if her marathon performances over the past year are anything to go by. These include a third place finish in last year’s Osaka Marathon in 2:28:36.

Despite securing victory 16 times since the first race in 1983, Japanese women haven’t managed an ASICS Half Marathon victory since Kaoru Nishi won in 2008. Watanabe will be out to end that drought.

Alongside Fien and Watanabe on the start line will be 2016 Hong Kong Olympic Team marathon representative Kit-Ching Yiu (pb 1:12:57), a previous runner-up in this race (2014) Sinead Diver from Victoria, Virginia Moloney from Victoria (pb 1:15:24) and 2015 Auckland Half Marathon runner-up Rowan-Marie Torckler from New Zealand.

Fien will be a strong favourite for the Australian Half Marathon Championships with Diver and Moloney the leading challengers.

New Zealander Torckler will add some trans-Tasman rivalry to the IAAF Oceania Area Half Marathon Championships against the Aussie girls.

In the men’s ASICS Half Marathon, the main Aussie hopes have not one not two but three Japanese standing in their way to line honours.

40-year-old Westcott, who will use the race as a final hit out before travelling to Rio de Janeiro, qualified for his debut Olympic Games when he posted a time of 2:15:30 at the Berlin Marathon.

The three-pronged Japanese attack on the race will be led by Hiroyuki Sasaki (pb 1:02:36) with countrymen Masaya Kakihara (pb 1:04:14) and Takemaru Yamasaki (pb 1:07:32) also capable of reaching a new level in performance this weekend.

The ASICS Half Marathon will start at 6am on Sunday.