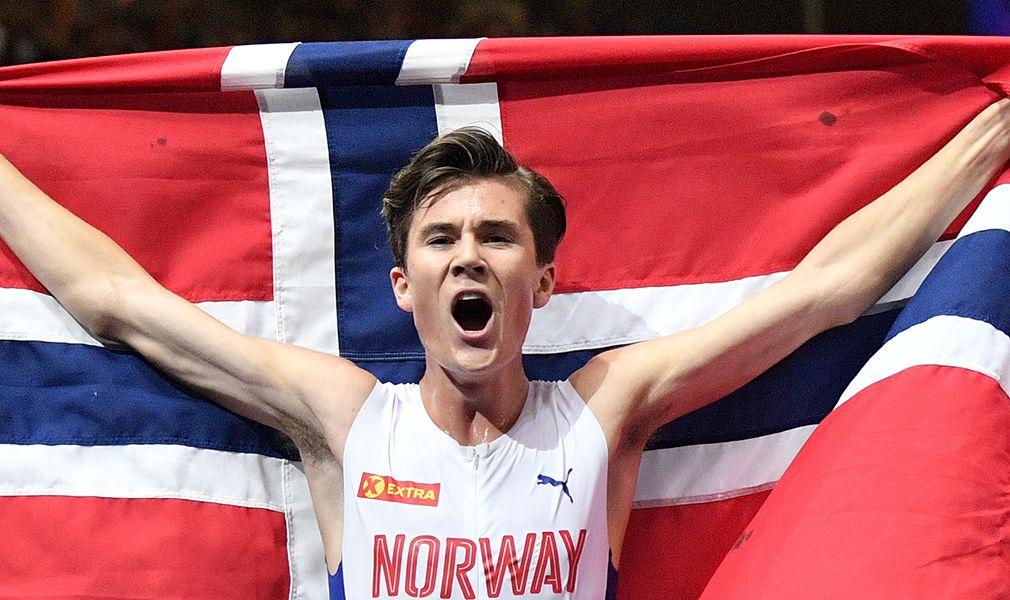 “It was like winning a gold medal. It is pretty crazy,” – Jakob Ingebrigtsen

Ingebrigtsen lined up against some giants of the sport, including Uganda’s Joshua Cheptegei – the reigning world 10,000m champion who set new world records over 5000m, 10,000m and 5km (road) – during the 2020 year. But Ingebrigtsen dropped Cheptegei with a lap to go. Amazingly six men broke 12:55, with Cheptegei only able to manage a 6th place finish.

The race was Ingebrigtsen’s first sub-13minute time over 5000m, taking him to 12th fastest of all-time. The previous European record was 12:49.71 set in 2000 by Moroccan-born Belgian Mohammed Mourhit.

In the men’s high jump, Australian Brandon Starc has jumped his Olympic qualifer, clearing 2.33 for second place. The Australian record holder has a PB of 2.36, and has put himself right back into medal contention for the Tokyo Olympics. The event as won by Iva Ivanyuk with a 2.33 leap also.