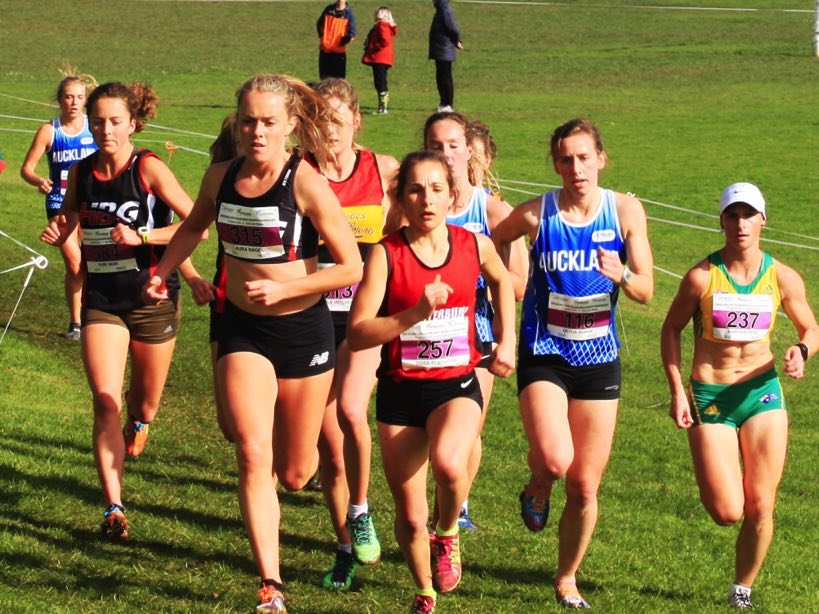 Jono Jackson’s consistency this season and his ability to handle muddy conditions could well pay off as he sets out to defend his New Zealand cross country title raced for the second consecutive year on the Auckland Domain on Sunday.

Jackson started the winter season off with a third in the Rotorua Marathon and a week later won the annual cross country race at Pukekohe and went on to win the teams race, the short course 4km at Long Bay, the North Island title in Taupo and the Auckland cross country title three weeks ago.

Jackson will again face a strong challenge from Daniel Balchin who chased him all the way to the finish last year, with just seven seconds in it at the end. They both went head to head in the New Zealand road championship in Masterton last year Balchin winning the title with Jackson in third. Balchin won the Christchurch half marathon in June, the South Island cross country title and retained his Canterbury cross country title.

With the almost continual rain in Auckland over the past month the Domain course will again be heavy going in places and it will be a case of who can handle the mud the best.

Caden Shields, second in the road championships will be up with the leading group from the start along with Nick Horspool, Scott Russell, Craig Lautenslager, Harry Linford, Matthew Taylor and masters runners Steve Rees-Jones, Greg Darbyshire and Jonny McKee.

Rosa Flanagan returns to do battle with Nagel. Last year Flanagan was just 20 seconds behind Nagel for the silver medal with Nicole Mitchell, who will also be in the hunt, third. Others expected to challenge for a podium placing are South Island champion Jean Kozyniak, North Island champion Esther Keown, Kara Macdermid, Audrey Gregan and 40 year old Penny Peskett who is revelling over the longer distances and through the mud with a convincing win in the Auckland senior women’s championship.

The under 20 men looks to be a close race with Jared Lautenslager looking to improve on his fifth placing last year. A strong line-up of Joseph Clark, James Uhlenberg, Tom Moulai, Andrew Catley, Mitchell Small, Oli Chignell, Bradley Christison and Theo Quax make up an interesting contest over the 8km. Bridie Edwards, fourth in the under 18 last year should give Ainsley Thorpe a good run for the under 20 women’s title.

Liam Back of Wanganui second in the under 15 last year and winner of the junior boys secondary schools title will be eying the under 18 title. He ventured down to Wellington and won the under 18 championship race. Andres Hernandez second to Back at the schools championships, the schools senior boys champion Samuel Tanner, Kelani Sheridan second last year, George Cory-Wright and Murdoch McIntyre will all be pressuring Back throughout the 6km. Charli Miller and Phoebe McKnight should provide a close encounter in the under 18 women’s 4km. Liliana Braun, second last year and Aimee Ferguson could also make a pitch for the title.

The leading runners in the master men’s 8km should emerge from the MM40 grade with Dan Nixon, Daniel Clendon and Stephen Day as well as Sasha Daniels who moved up to the 45 age group in December. Strong runs should also come from MM35’s Ben Winder, Nick Pannett and Graeme Buscke. In the master men 65 plus 6km Trevor Ogilvie will be up against Murray Laird for the 65-69 title. Michael Bond of Christchurch who had to just watch the World Masters Games cross country on the Auckland Domain as he was injured returns and should win the 70-74 title. Garth Barfoot is the only entry in the 80-84 group.

Sally Gibbs in the W50-54 grade should continue on from her fine form at the North Island championships and lead in the master women’s 6km. Mel Aitken overall winner in 2015 and W35 winner last year, Johanna Buick, Fiona Love, Anna McRae, Bridget Ray, Paula Canning, Michelle Van Looy, Tracy Croft and Carolyn Smith should be well up in the field vying for their age group titles.

Hannah Gapes should carry on from where she dominated in the North Island championships, competing in the U15 girls 3km and will race alongside year nine schools champion Arabella White, Joanna Poland, Jemima Antoniazzi, Isabella Richardson and U13 winner last year Abigail Edwards. Dion Wallwork should win the U13 boys 2km ahead of Liam Davis, Jonah Seeds and Coen Anderson. Jasmine Strong, Isla Westlake and Canterbury U11 champion Bridie Restieaux should feature in the U13 girls. Sophie Webber of Taupo can lay claims to the U11 girls 2km following her record breaking run of 3:39 in the G10 1km at the North Island championships. Eryn Westlake should also feature in the top placings. Dominic Fox, Vinnie Wallwork and Connor Boulton should contest the B11 2km.