Thanks to our friends at Go Be More

Listen Now!  Checkout the Go Be More podcast from your favourite podcast destination…

Bob is an amazing man and a truly great coach. He’s been at the forefront of three of the key innovations in distance running—threshold training, group training, and altitude training. He’s coached local runners to national championships, set records at the NCAA level, and guided Meb Keflezighi to the silver medal in Athens and major victories at Boston and New York City.

This week we’re doing something special. Our podcast is becoming a Bobcast. That’s because we’re talking with legendary track and field coach Bob Larsen about his life and career. When it became apparent one episode wasn’t going to be enough, we split it into two. This is part 1, and part 2 will run on Friday.

The first episode focuses primarily on his Grossmont College and UCLA years, his approach to balancing coaching and family life, and why threshold training works. We talk about that Meb guy on Friday.

I had so much fun recording this. I can’t wait for you to hear it. Listen Now! 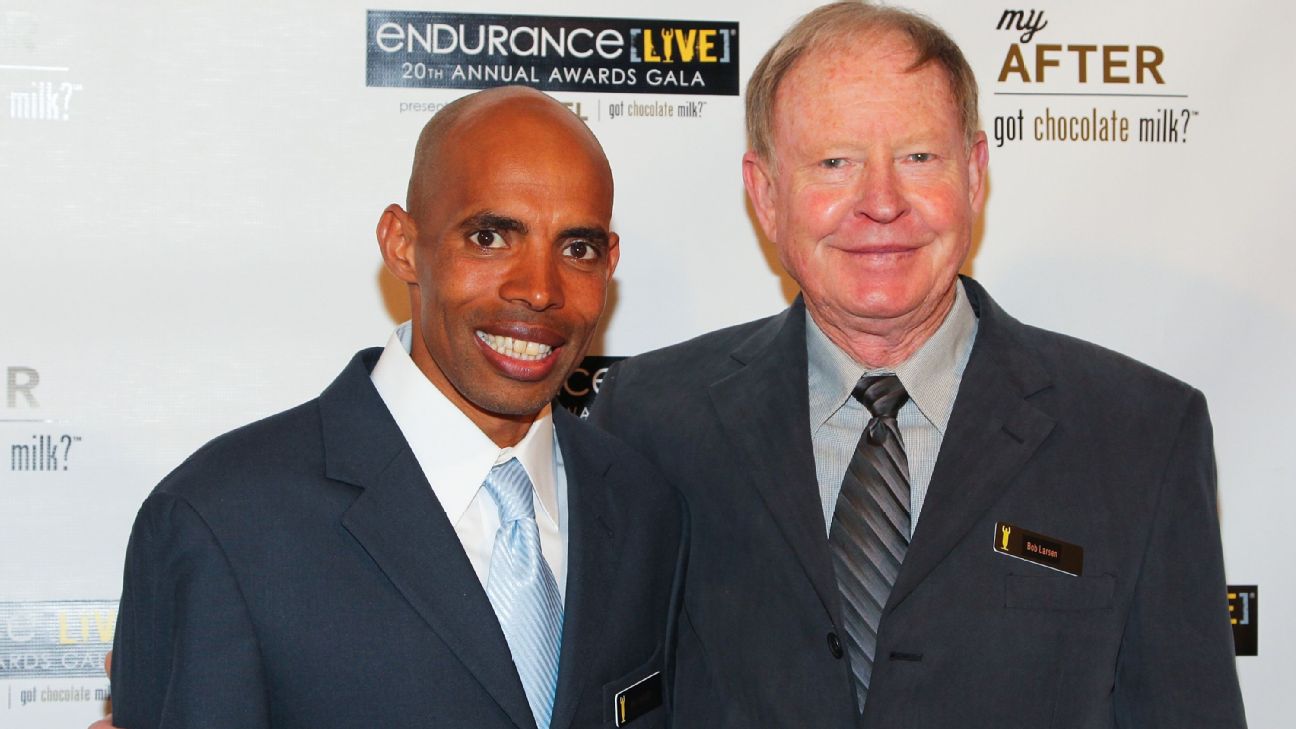 Jon and Bryan discuss Bob Larsen’s path to becoming one of the most influential coaches in distance running, including:

– His initial thoughts about Robert Lusitana’s film “City Slickers Can’t Stay With Me” and his reluctance to make it
– His life growing up on a farm in Minnesota with no electricity or running water some 15 miles from the nearest town
– The challenge of raising children when their life experiences are so different, and Bob’s experience seeing his children and his runners adopt the values he tried to instill
– Why you need to be able to see a person’s life through their eyes if you hope to get the best out of them
– His advice to his runners: if you’re going to get the best out of yourself, you need to get the best out the people around you. Including your coach.
– How he used moderate improvements and successes in his athletes’ performance to get them to pursue success in other areas
– The conflict of investing so much time in your athletes and the job of coaching–from Sunday morning runs to trips to Europe or training camps–and the challenge of balancing that with family responsibilities
– His decision to de-emphasize the distance events when he became the head coach at UCLA, when many coaches gave their scholarships to distance runners in hopes of competing for Track and Cross Country titles
– Why high school is the best level to be a coach, and why Bob misses it
– How he handled athletes leaving his program and moving on
– Why the decrease in scholarships at the NCAA level and the move to low volume training methods in the 90s caused the club scene–and American distance running–to decline
– What a threshold (or tempo) run is, how it should be executed, and what the minimum length of a threshold run should be for most high school athletes
– The conversation that shifted Bryan’s approach to training and unlocked more of his ability
– How he evaluated his success for each season by whether the year ended with a “wow factor”
– How he came to believe altitude training was key, and why they chose Mammoth Lakes, CA, for their training location
– His ability to be at the forefront of three critical trends–threshold training, altitude training, and group training–and why he was able to build his training program around them when so many other coaches didn’t
– How threshold training played a key role in Jon’s breakout season, and the incredibly fast threshold run he did training for the World Cross Country Championships
– Karen Hecox’s surprise NCAA 3000m Championship off of a summer of training with her future husband
– Why Meb didn’t expand his training group in Mammoth and how he eventually prioritized the control over the workout over the benefits of having others there to push him
– And finally, the secret of threshold training: it’s the way runners love to run.

If you liked this episode, you might also like our interviews with Merhawi Keflezighi (Meb’s brother) and Ben Auerbach.

Running to the Edge by Matthew Futterman – Amazon