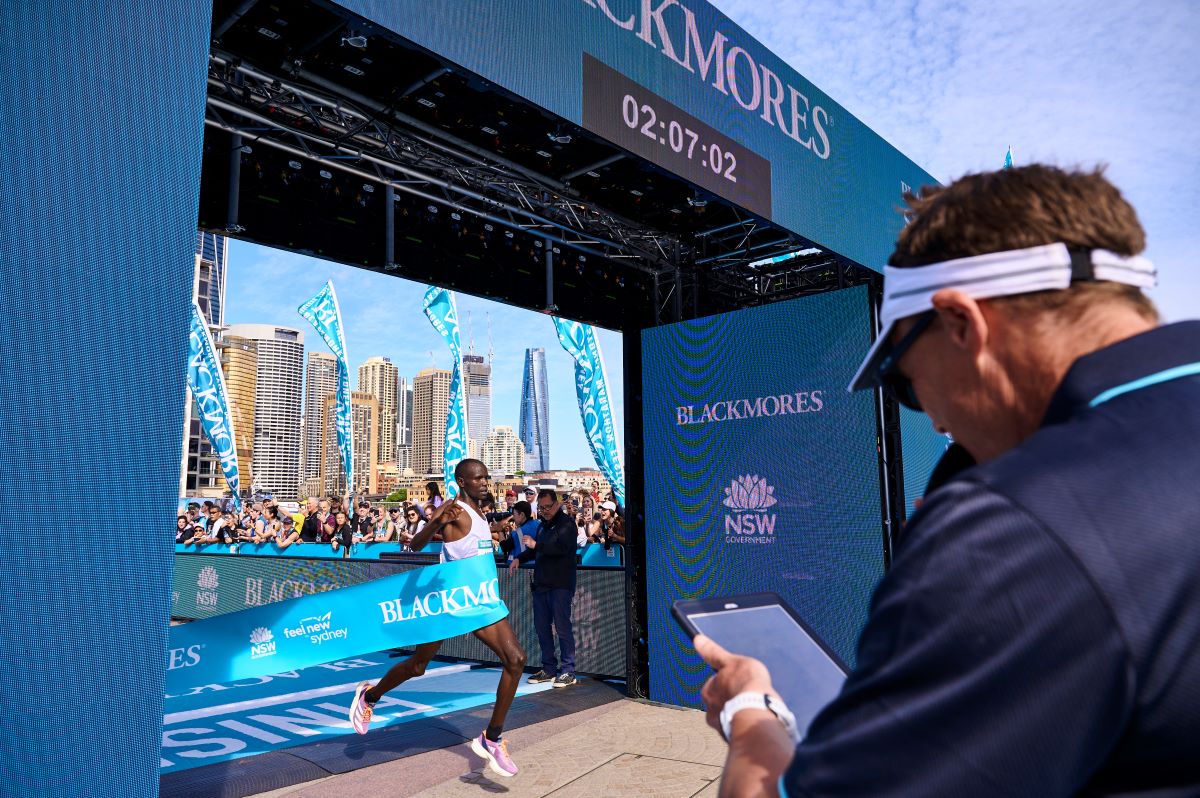 This episode of the Inside Running Podcast is brought to you by PILLAR Performance – Australia’s leading sports micronutrition brand, as an exclusive offer for Inside Running listeners, head to pillarperformance.shop use the code SKIPSICK to receive a $10 off ULTRA IMMUNE C.

Brad makes a recovery from the previous week and mounts another comeback.

Julian chases down Brady with Geelong in the Tan Relays.

Brady and the Bats sweep the Tan Relays and Premierships before the late train ride home.

Outright winner Moses Kibet ran 2:07:09 the fastest time ever in Australia, while Tigist Girma Getachew of Ethiopia was first female in 2:25:09.

Sinead Diver won the Half Marathon in a course record time of 1:13:09, while Nishizawa Yuma from Japan was the winner of the men’s race.

Ed Goddard and Aynslee Van Graan were the winners for the 10K Harbour Bridge Run.

The boys discuss the potential the event needs to fulfil for WMM status.

The City-Bay Fun Run in Adelaide was won by Jack Rayner, just edging Max Clarke and Liam Adams. Jess Stenson also won the event ahead of Caitlin Adams and Georgia Hansen. In the half marathon event Izzi Batt-Doyle took the win, as did Mumo Mutua.

Tan Relays concluded the XCR Season with Men’s Premier Division won by Bendigo Region who also took out the Premiership. Geelong Region and Box Hill filled the podium spots. Glenhuntly took the win in the Relays as well as the Premiership, with Box Hill coming second ahead of South Melbourne in the relays.Fastest laps of the day were run by Seth O’Donnell for Mentone in 10:41, and Linden Hall for Essendon in 12:26.

The listener question of the week asks about the impact of supershoes on the average punter has on running a marathon, and whether there are better investments to be made. Moose goes a little on the loose on people who turn up to marathons without giving the proper commitment.

In this weeks Nike Melbourne Marathon Festival segment, Brady catches up with Brodie Harper, TV Personality, Sports Nutritionist and 180 Nutrition Good Sport 5km Run event ambassador to chat about what the event means to her and some general fuelling tips. The boys round out the episode with some last-minute training tips for the marathon advising to hold your nerve and sort out nutrition during the taper period.