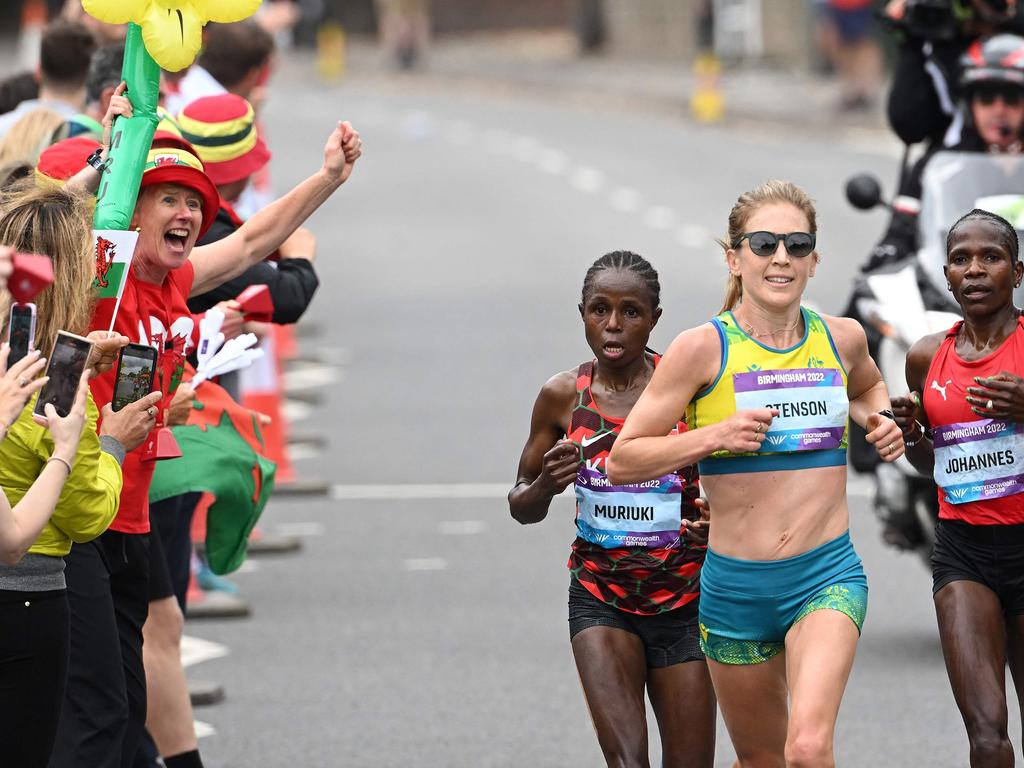 Brad struggles with a sore throat.

Julian finds a brief appreciation for parenting and spends time with the new puppy.

Brady learns the hard way why you should always change the batteries in a GoPro.

Jessica Stenson won the gold medal in the Commonwealth Games Marathon running 2:27:31 on the streets of Birmingham adding to her two bronze medals from the previous games at Glasgow and Gold Coast. Teammates Eloise Wellings and Sinead Diver who ran with Jess in the main pack for a significant portion of the race finished fourth and fifth respectively. Margaret Muruiki of Kenya and defending champion Helalia Johannes of Namibia rounded out the podium. Official Women’s Marathon Results

Liam Adams took the race on in the men’s marathon, leading for over the first half of the race before Victor Kiplangat of Uganda and the then-chasing pack broke the race open, Kiplangat winning in 2:10:55. Alphonce Simbu of Tanzania won silver and Githae of Kenya took the bronze, with Liam only 7 seconds behind Githae in fourth. Andy Buchanan moved through the field to finish 7th overall in his debut global championship. Official Men’s Marathon Results

The boys then discuss the significance of Commonwealth Games compared to the World Athletics Championships and the potential impact on the next generation and general public.

In the South Australia XC Champs, it was Matt Clarke over Adrian Potter and Max Stevens over 10k at Victoria Park, while Caitlin Adams took the state title ahead of Lucy Mauviel and Brooke Heins.Results

This week the boys go through a series of quick-fire listener questions, ranging from the comm games marathon, the recent world championships and the very early Paris Olympic marathon team selection.

Moose on the Loose winds things up with the small fields on display and some of the bureaucratic mishaps with the marathon lineups.