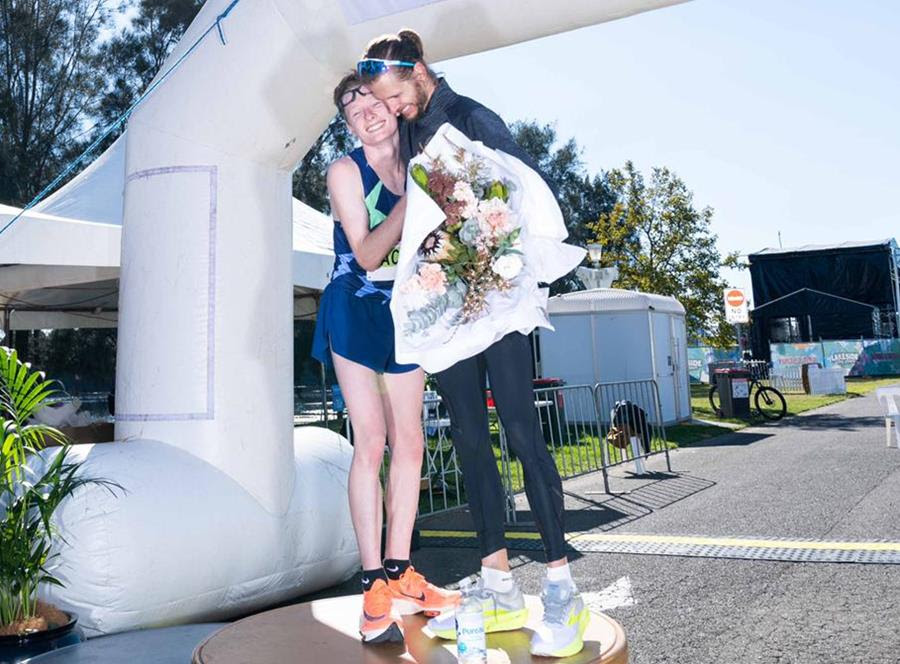 Julian starts the marathon block while trying to sort out his knee issues.

Brad struggles with illness halfway through the week, setting him to make a call on running Sydney10.

Brady puts down a Moose fartlek before also coming down with illness.

Linden Hall set a new record at Run The Tan of 11:35, even despite tripping over at the start. Georgia Hansen, Gen Gregson and Ellie Pashley all followed under Gen’s previous record of 11:54 . Stewy McSweyn posted a time of 10:09, once again narrowly missing Craig Mottram’s record by a second. Ryan Gregson was second fastest 10:23 with Dave McNeill third. Jarryd Clifford took out the para category with a time of 11:09, as did fellow ‘blinky’ Nellie Mitchell 14:53. Full Results

Michael Roeger broke his marathon world record posting a 2:18:52 at Sydney Tokyo Qualifying Marathon held at Penrith Lakes, while Jarryd Clifford in his marathon debut, extended his pacing duties 2:19:08, the day after his hitout at Run the Tan to also set a world record within his para-classification.

Ruth Croft of New Zealand, the sole female starter withdrew after 30km. First finisher was Caden Shields from New Zealand in 2:16, followed by Dave Ridley in a PB 2:17 with Nick Earl coming third.

Listener Question from Dave asks about how to go about determining threshold pace, and then Moose on the Loose goes off on runners claiming 5K times off GPS exploits instead of the right number of laps the track.