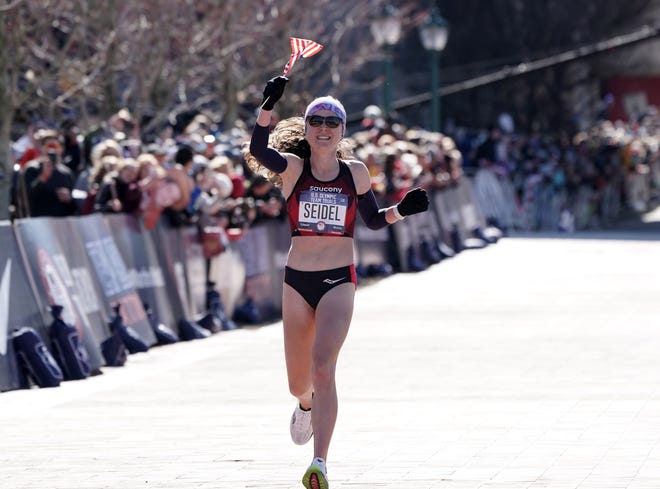 Saucony are proud to partner with Inside Running Podcast for the upcoming Australian launch of the Endorphin Pro, released on 20th June 2020. Tune in for the boys’ review along with interviews of Molly Seidel, second place in the 2020 USA Olympic Marathon Trials and 2016 Rio Olympic Marathoner Jared Ward in Shoe Geeks.

Julian gets used to training in two locations and setting new loops.
Brad covers the ground poorly, breaks his running streak and braces for baby #2
Brady swaps socks for gloves and joins some spectacular 10K time trial in Bendigo

Local controversy in the Athletics Australia Athlete of the 2019 awards, with Sinead Diver a damning omission from nominations despite her consistency at the highest level.

Congratulations to our nominees for Female Athlete of the Year!⁣⁣ ⁣⁣ More information about each nominee can be found in the link in our bio. ⁣⁣ ⁣⁣ The Athletics Australia Awards 2019 Season are bring streamed live this year on AA Facebook and on AA YouTube at 7:30pm (AEST) on Wednesday 10 June. ⁣⁣ ⁣⁣ #athstogether #thisisathletics⁣⁣

A post shared by Athletics Australia (@athleticsaustralia) on Jun 4, 2020 at 4:44pm PDT

Steph Auston asks who from history the boys would run with and Moose on the Loose (with Brad) asks what more does Sinead Diver have to do to achieve recognition from Athletics Australia.

Sinead Diver has been called an “accidental runner” because she started later than most, but now she’s headed to the Olympics. Sinead’s story reinforces our belief that there’s an advantage in doing things differently. Gain the #FairAdvantage today with 5 FREE transfers. #SineadDiver #CurrencyFair #Olympics2021

Brad and Julian review the upcoming Saucony Endorphin Pro, how it compares to other carbon fibre-plated racing shoes, going through its strengths and weaknesses and where they see themselves using them.

Molly Seidel, second placed in the 2020 US Olympic Trials Marathon talks with Julian, about the pressures competing as a highly touted recruit in the NCAA and talks candidly about her treatment eating disorders through and after college. Molly talks about gaining perspective and maturity on where running fits in her life and in the world and the relatability of Haruki Murakami, and having Saucony as a sponsor and a meaningful support resource.

Going through the numerous injuries she has sustained on her career, Molly talks about the impact it’s had on her resilience/stubbornness before as well as the dynamic between her and coach John Green’s training and willingness to reach out for help and advice workouts in the lead up to her debut Olympic Trial Marathon and training for the hilly course as well as a brief recap of the race itself while feeding off the positive energy of the winner Aliphine Tuliamuk. She also goes into her involvement with the development of the Saucony Endorphin Pro and how she felt it helped her performance on the day.