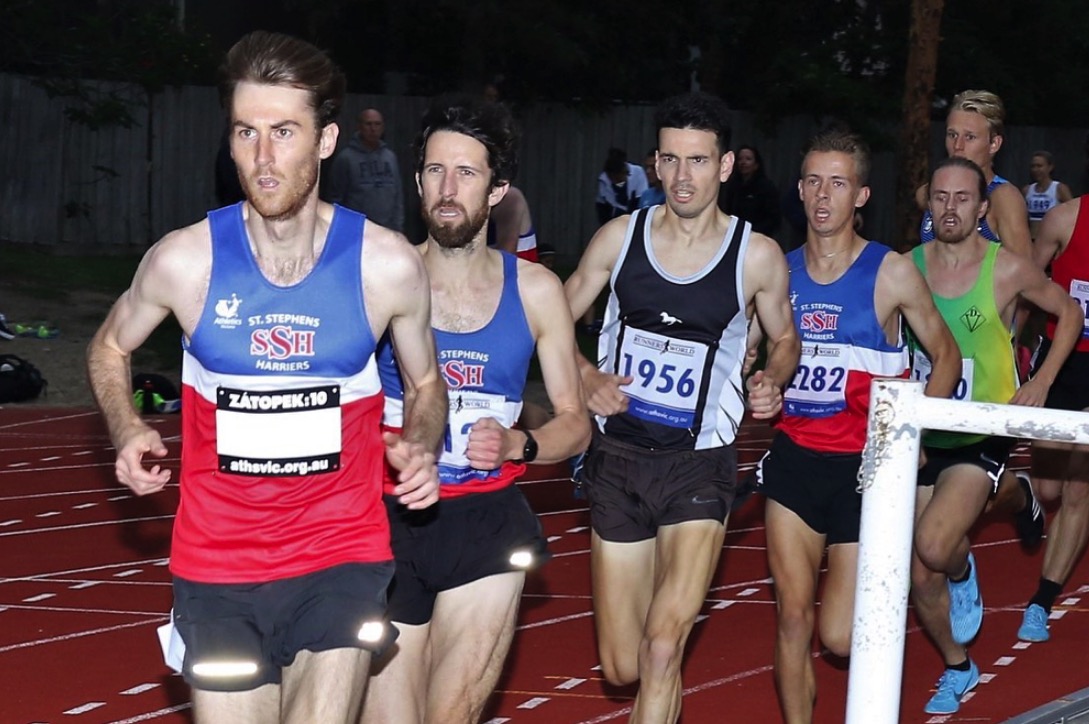 Julian’s heart rate gets high, prompting to get his nutrition right and lets Ellie take the reins of his training.

Brad puts in some cross country reps and learns to go half-in.

Brady is kept on his toes by Archie Reid.

Berlin Marathon cannot proceed under German government ruling, discussion about what races could happen for the rest of the year. Runners World

Listener question from Simon asks the boys to wax lyrical about half marathon and marathon progressions.

Moose on the Loose is building for a reckoning, but for now goes for some Moose on Merber.

Working on my new book called:
The 35 Best PT Exercises For People With My Exact Stride & Injury History

Scott Nicholas concludes the first round of the Greatest Australian Performance of all time and begins the second round.

Derek Clayton’s 2:08:34 marathon world record in Antwerp 1969
Vs
Tony Manning’s Gold Medal in the steeplechase at the 1970 Edinburgh Commonwealth Games

Merv Lincoln second fastest mile of all time in Dublin 1958
VS
John Landy runs the second ever sub-4 minute mile in Turku, Finland

Ben Buckingham, the 9th fastest Australian 3000m steeplechase in 8:27 chats with Brady about growing up in Myrtleford, going through some of his personal bests and stories including not knowing how fast he was running his fastest steeplechase in Spain. Ben gives an update on his current situation with training and work before looking back to his junior days in the Vic Country Athletics, being coached by Nick Bowden while running for Wodonga and then eventually with Nic Bideau with Melbourne Track Club.

Ep 130 early release is now out on patreon. It’s a big 2hr + 40mins ep with all the usually chat plus, Scott talking head to heads and our @benjaminbuckingham interview.

Ben talks about living the dream running a European athletics season before qualifying and representing St Stephens Harriers and Australia at the World Athletics Championship in Doha, as well as his interests outside of running including using his legal expertise in sports law to help out his teammates.