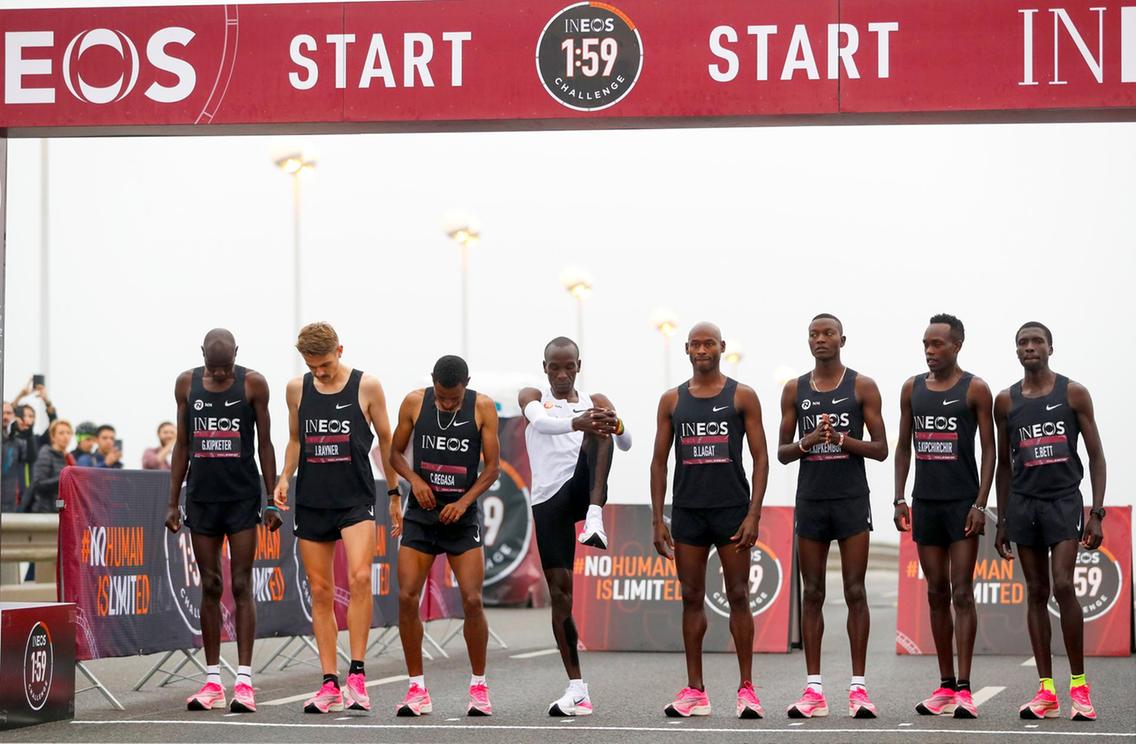 This episode is sponsored by Asics, discover what’s beyond by check out ASICS’ GLIDERIDE at www.Asics.com.

Brad comes down with something post-hills session ahead of his parkrun “next week”.

Brady comes third in the Melbourne Half Marathon.

Eliud Kipchoge became the first human to run the marathon distance in under two hours at the INEOS 1:59 Challenge in Vienna. Kipchoge accomplished the feat thanks to a constant rotation of pacing teams which featured Australians Brett Robinson and Jack Rayner who join in to provide insight as well as Pat Tiernan and Stewy McSweyn. Changes in technology, AlphaFly.

There is only one Kipchoge

Melbourne Marathon won by Western Australian Isaac Birir, over Willy Chebon and Reece Edwards, while Naomi Mayo won the Women’s marathon winner, over Perth’s Nera Jerab and Marni Ponton in her maiden sub-2:40. Shaun Creighton runs a 2:29 to set a 50+ marathon record. Tom Do Canto & Makda Haji Harun both win the half marathon, while Jordy Williamsz and Whitney Sharpe won the 10K.

Moose On The Loose tries to stem the negativity and criticisms around the spectacles in running over the past week, and then listener questions ask about the percentage of running on different surfaces.

Jack Rayner and Brett Robinson join and talk about their involvement with the 1:59 INEOS Challenge, discussing their practising of the pacing structures, hanging out with Kipchoge the atmosphere of the crowd and ‘those’ shoes before answering listener questions.
Also featuring Kim White interviewing pacers Victor Chumo, Lopez Lomong and Augustine Choge.