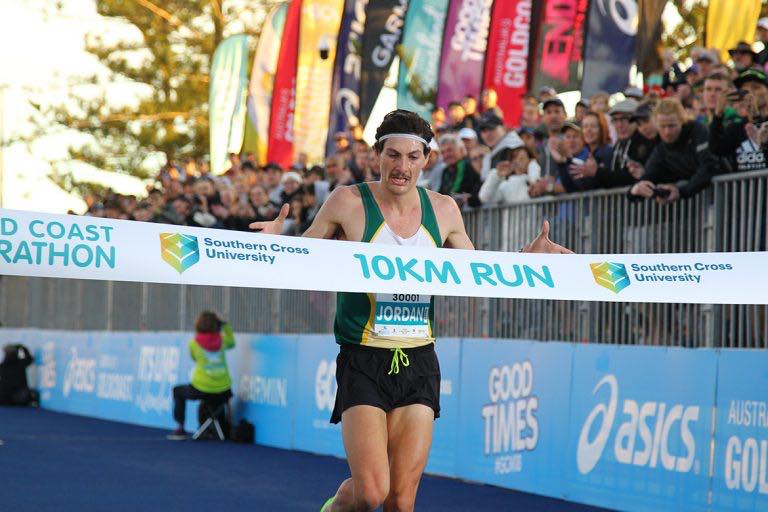 This week’s episode is sponsored by Jaybird Run Bluetooth Headphones – tune in for a product review of the Jaybird Run.

Support Inside Running Podcast via our Patreon, keep the show running and a shoutout and bonus content in return.

Julian’s sore in Mt Gambier, but turns the corner on the Moose Loop™ and Sunday long run.

Brad paces the elite women at GC mara, despite the constant flight delays and added stresses. His pacing role turns into a duel with eventual winner Ruth Chebitok of Kenya

Brady also has flight delays of his own before breaking his long-standing half marathon PB. He goes through his week and a blow-by-blow account of the race.

It’s all about the Gold Coast Marathon weekend, with Jordan Gusman breaking the 10k course record with his versatility on display while Madeline Hills won the women’s 10k.

Jack Rayner wins the Half Marathon ahead of Ed Goddard & Collis Birmingham and the boys talk up his future prospects.

Sara Hall of the US won the women’s Half 5 weeks after a marathon, while Sinead Diver runs a new personal best of 69:13 and 8th on the Australian all-time list, ahead of Laura Thweatt and Ellie Pashley.

Aussies impress on the Gold Coast

Listener question asks the boys how to deal with an injury slump worst injury before Moose On the Loose on the hype and allure of the Gold Coast Marathon and how it can be improved.

Julian catches up with Gary Towne, Head Cross Country & Distance Coach of Chico State University. Gary talks about his progression from volunteer to Head Coach and gives some background on how the NCAA school system works in terms of competing and recruiting, before opening on his philosophies on coaching and developing athletes. Julian and Gary talk about the culture at Chico, the approach to writing workout programs and teammate Scott Bauhs before giving his observations on what’s changed and what he’s learned over the years.