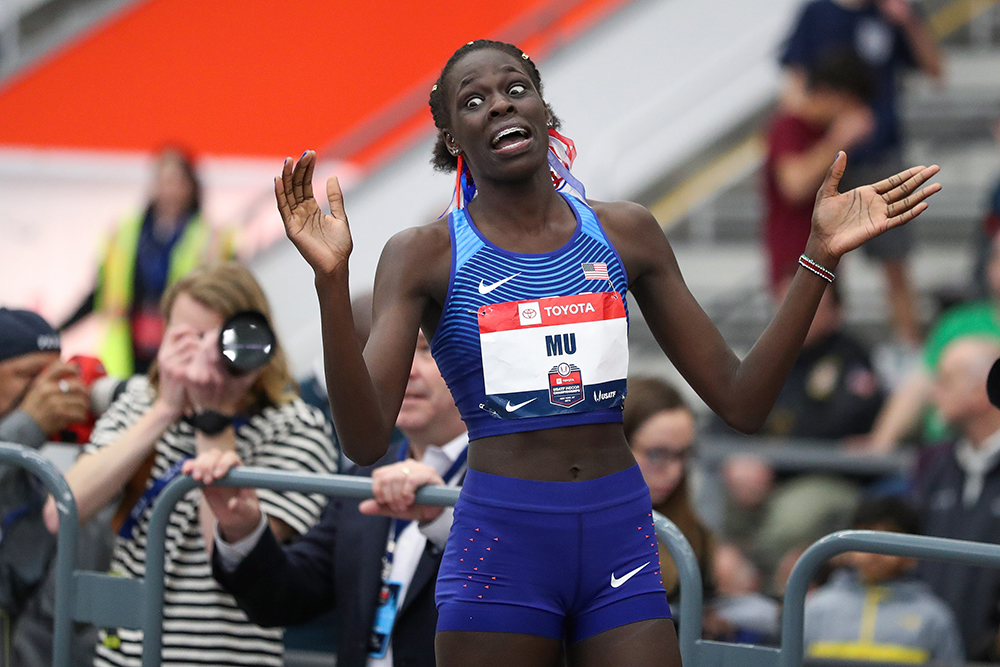 How good is American 800m runner Athing Mu!  Still a teenager, at just nineteen-years-of-age, the Olympic 800m Gold medal is Mu’s for the taking if she brings her A-Game to Tokyo.

At the U.S. Olympic Trials last month Mu blew away a stacked field over the final 150m. She stopped the clock at 1:56.07 to post the second fastest 800m in American history, and a new meeting record. On the American rankings list, only Ajee Wilson has run faster over the two lap distance, when she clocked 1:55.61 in Monaco back in 2017.  Wilson finished third at the U.S Olympic trials and will toe the line with Mu in Tokyo as the U.S.A. goes into the Games with one of the strongest offerings from any country.

But Mu will need to be at her best to win Olympic gold. In total there are six women who have clocked sub-1:57.00 outings for 800m so far in 2021, with five of them toeing the line in Tokyo.  Cuba’s Rose Mary ALMANZA posted a screaming 1:56.28 to win in Stockholm. She just beat home Jamaica’s National record holder Natoya Goule in 1:56.44.  Another Olympic threat is Ethiopian Werkwuha GETACHEW, she has the 4th fastest time in the world this year (1:56.67) and amazingly held a PB of just 2:00.20 at the start of this season.  Scot Laura Muir has elected to concentrate on the 1500m and this opens up some room for fellow Brit Jemma Reekie (and Keely Hodgkinson), who has clocked an impressive 1:56.96.

There are plenty of dark horses not mentioned above; Ajee wilson for example, Brit teenage sensation Keely Hodgkinson, Kenyan Eunice Jepkoech Sum (PB 1:56.99), to name just a few.  It will be some race.