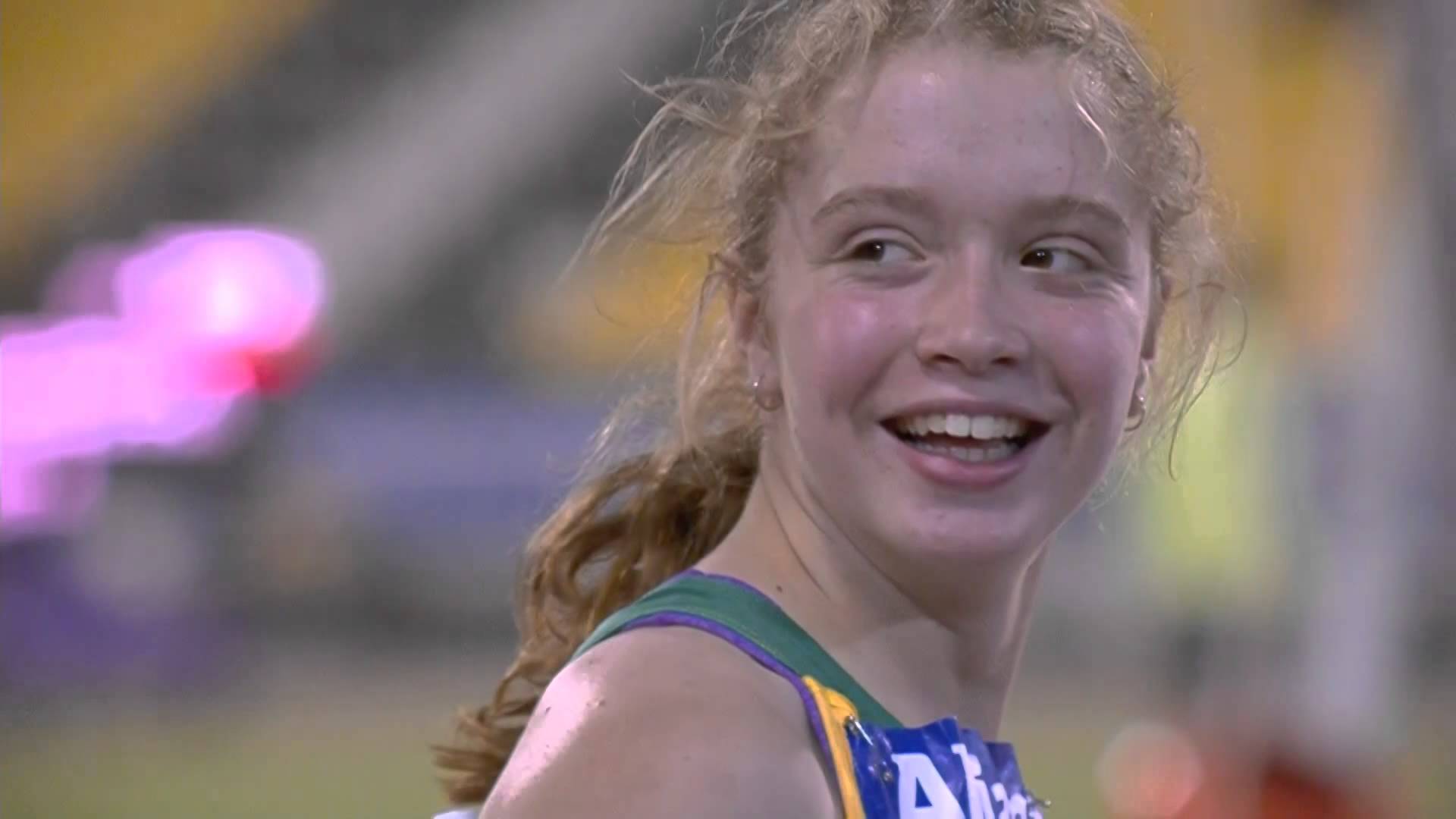 She claimed victory as a 14-year-old debutant at the 2015 World Championships, and now Isis Holt (VIC) has done it again.

“I still can’t believe what’s just happened, I didn’t expect to run so fast. It was a little bit of revenge for me to win again, but more than that it was really great to come back after Rio and be able to keep this title,” the Melbourne teenager said.

“When I won the title in Doha, I remember not knowing what to expect and then in Rio, I was really results-driven which hindered how I performed. Here, I was determined to make sure my focus was on the processes that I’ve been working on for so long, and getting that right is an amazing experience.”

Holt was not alone in success for the night, as James Turner (NSW) broke the 200m T36 world record in his heat, Deon Kenzie (Tas) and Aaron Chatman (QLD) each added silver medals to the Australian tally, while Chad Perris (WA) rounded out day three of competition off with a bronze.

Breaking his second world record in just his second major international competition in Para-athletics, Turner ran his heat in 24.15s (+0.5), crossing the line more than one second ahead of his closest competitor of the heat.

While he hopes he hasn’t “burnt himself out before tomorrow’s final” Turner said:

“When I heard the words ‘world record’ I was very confused. I looked up and thought “what the hell?” It gives me great confidence for the final. I really didn’t think I was going to do that.”

After an incredible heat on day one, Kenzie raced in the 800m T38 final, and finished in 2:02.15 setting a new Australian record.

Kenzie surpassed his own expectations but most of all, revelled in the opportunity to compete in the final, and against gold medallist Michael McKillop from Ireland.

“I put it all on the line early, which is what I set out today, and I couldn’t have put in more,” he said.

“It’s always a pleasure racing Michael, he’s a good friend of mine. He’s a world class athlete and hopefully one day I’ll get him.

“The crowd here is awesome, and it’s great to see London putting so much effort and energy into the Paralympic movement, and to have a crowd like this is absolutely fantastic.

Kenzie will race again on July 22nd in the 1500m T38, and will go in as the current world record holder.

Vision impaired Perris claimed bronze in the 100 T13 final, clocking in at 10.96s – the exact time he ran two years ago in Doha.

Running in second place for the majority of the race, Perris crossed the line just 0.01s behind Poland’s Mateusz Michalski, who came second to four-time world champion Jason Smyth (IRE).

“This was a real learning experience for Chad. There were four or five competitors in his race that could have won silver or bronze, but Chad came through to finish in third place,” Perris’ coach, Iryna Dvoskina said.

Australia’s only high jumper at the World Para-Athletics Championships, Chatman, put in a solid performance to take out silver – a podium step higher than his result at Rio.

Jumping 1.94m – just 0.05 off his season best – Chatman, came painstakingly close to gold before Roderick Townsend-Roberts from the US jumped 2.10m to claim the title.

Making his international debut, former SANFL athlete Daniel Kirk (SA) competed in the F44 discus, and like Kenzie, set an Australian record with a throw of 52.16m to finish in seventh place.

Having missed out on selection for the Rio 2016 Paralympic Team, Kirk said he was not only grateful for the opportunity to compete on the world stage but his result and the entire experience has made him hungrier to compete internationally again.

“I’m absolutely pumped to have broken that record, but more than that I was so glad to be present enough in the moment to compete well and take it all in,” Kirk said.

“To be there in my Australian kit, and to have people wearing the same colours in the crowd cheering me on was phenomenal.

“In the past when I’ve competed, I’ve found that I’ve often tried too hard to get a certain result, but I was able to stay relaxed. I came in wanting to put in solid results on the board, and I was able to do that.

“From this experience, I have more information on how I can improve myself, and I’m not intimidated of the gap between myself and my other competitors. I know I’m good enough and it’s certainly made me hungrier for Tokyo.”

Kurt Fearnley (NSW) and Jake Lappin (Vic) both competed in their heats and finals today in the T54 1500m.

While Fearnley placed third in his heat to automatically qualify for the final, his sixth place finish in the final was a result he was admittedly unhappy with.

“I’m still trying to get my head around it. Sixth is where I came in Rio, but tonight the old arms wouldn’t fire up. I got a little bit of a run a bit late, a gap did open up, but 1500m you either win big or you lose,” he laughed.

“One thing though, this is one of the most beautiful stadiums I’ve ever raced in. This crowd is just crazy. London own the Paralympic movement, and what they show right here is incredible.”

Long jumper Nicholas Hum (Vic) competed at his fourth world championships in the T20 class for athletes with intellectual impairments, and placed fifth with a jump of 6.78m (-0.1).

Australians at home can catch all the action via a live stream at www.paralympic.org.au/ParaSportLive