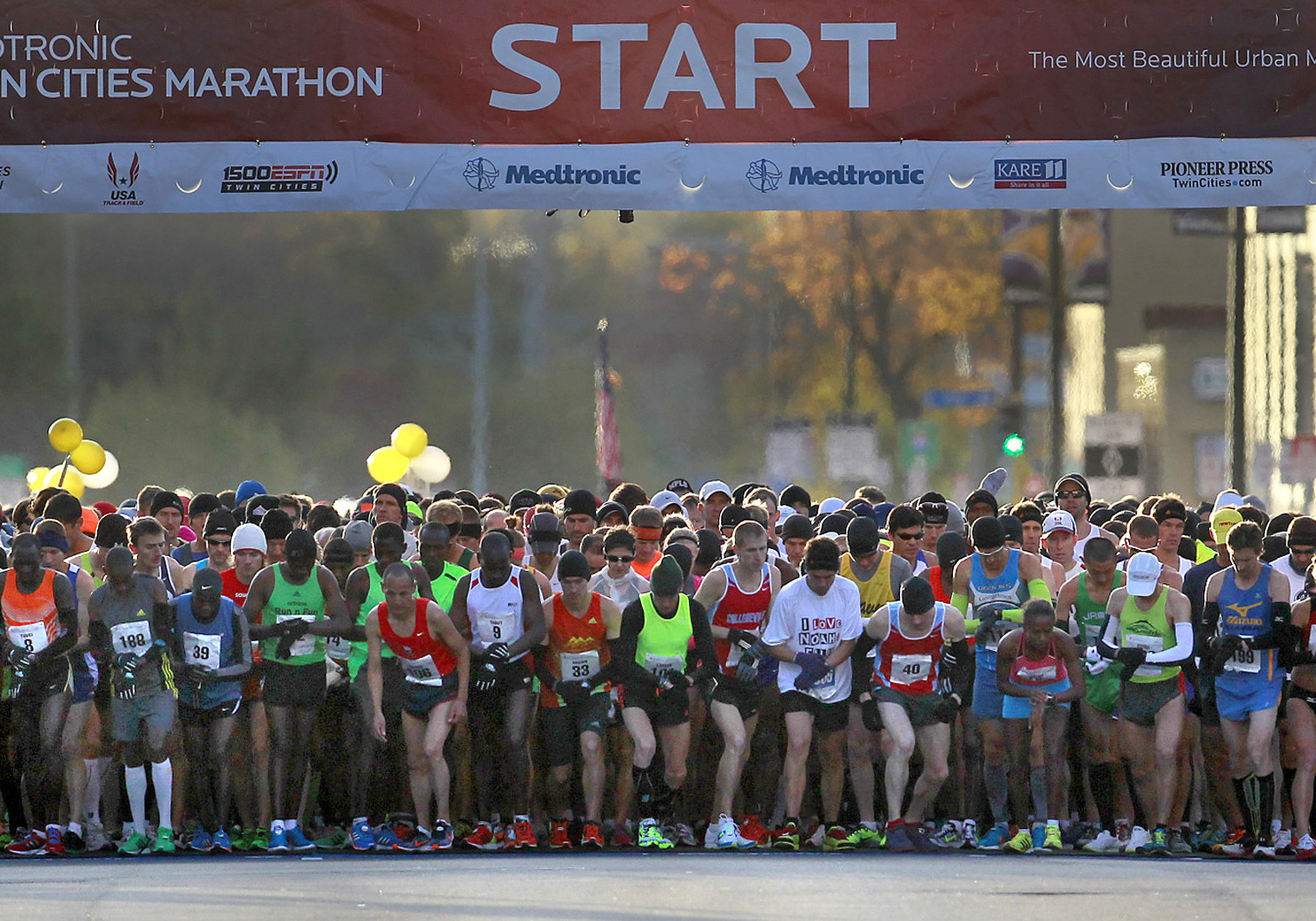 St. Paul, Minn. – October 9, 2016 – After 31 years, Phil Coppess, the humble factory worker from Iowa, is no longer the Medtronic Twin Cities Marathon record holder. Kenya’s Dominic Ondoro broke the 1985 record by more than a minute, stopping the clock at 2:08:51.

“It was an impressive record,” the soft-spoken Ondoro said of Coppess’s mark. “I’m very happy. It’s my first time to run 2:08.”

Kibii, who sensed she was stronger when the route tipped uphill, took the lead at mile 21 and was not challenged thereafter. “After 21 miles I knew. I knew it was my race and I knew there were more hills,” Kibii explained.

Tyler Byers of Denver won the marathon’s wheelchair competition in 2:02:29, while Samantha Schroth of Greenville, Wisc. topped the women’s division in 2:39:41

In all, 8551 runners finished the 35th running of the Most Beautiful Urban Marathon in America.