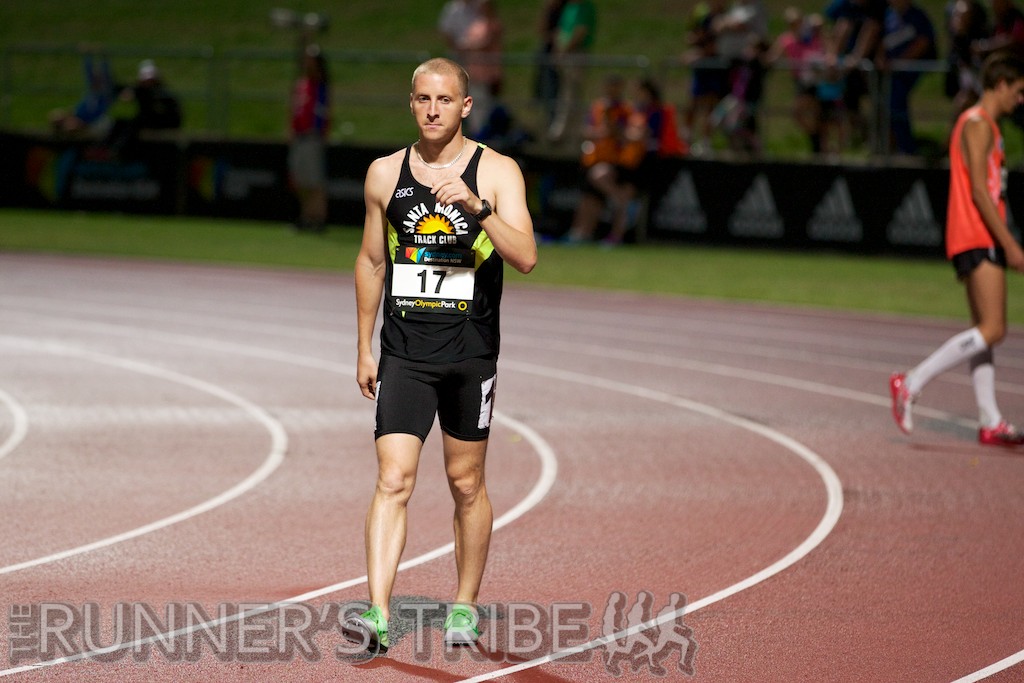 James Gurr (NSW) has upstaged the pre-race favourites to win the men’s 800m at the Adelaide Track Classic, as Alana Boyd (Qld) was victorious the women’s pole vault.

First past the post in a race that also featured local favourite Dylan Stenson (SA, second, 1:47.79) and national record holder Alex Rowe (Vic, fourth, 1:48.39), Gurr’s time of 1:47.72 is his fastest since the New South Wales Athletics Championships in 2012 and brings him into contention in what is fast becoming one of the most hotly contested events this athletics season.

Boyd was the last to take to the runway, lining up at 4.45m and making light work of her opening height.

Unable to advance clear at 4.60m, the Australian pole vault record holder will now shift her attention to two upcoming competitions in New Zealand, before the IAAF Melbourne World Challenge acts as her final hit-out ahead of the IAAF World Indoor Championships.

“I’ve just moved out to sixteen steps and I was so focused on getting that right today that I probably wasn’t aggressive enough at the take-off and my performance is a bit off because of that. That said, now is the time to get this stuff right and I’m in a position to keep working hard,” Boyd said.

“I’m looking forward to the next few events in New Zealand, and building from there. It’s an Olympic year, the results indoors have been showing that people are stepping up and I know that I can find more. To be competitive I need to find something above 4.80 and I believe I can do that.

“I am in a good space. I can work on a few things knowing that I’m heading in the right direction and enjoy my jumping.”

In other results at the Adelaide Track Classic:

–          Lauren Ryan (Vic) clocked 9:27.77 to win the women’s under 20 3000m and become the first athlete automatically selected to the IAAF World Under 20 Championships later this year. Amelia Mazza-Downie (Vic) also crossed quicker than the qualifying time for second, in 9:31.46.

–          The trio of Angus Armstrong (NSW, first, 5.35m), Kurtis Marschall (SA, second, 5.25m) and Declan Carruthers (SA, fourth, 5.10m) all cleared the world under 20 qualifying mark of 5.10m to set up an impressive Selection Trial for Bydgoszcz 2016 at the Australian Junior Athletics Championships next month.

Competition continues in Adelaide (SA) tomorrow, with the coveted prize of automatic nomination for selection to the Australian Olympic Team open to athletes competing at the Oceania & Australian 20km Race Walking Championships.

Entry lists confirm the start of no less than seven athletes who are already Rio 2016 qualified, with the winner of the men’s and women’s race to be in the box seat for a start at the Olympic Games.

Dane Bird-Smith (Qld) headlines the men’s race, with the World University Games gold medallist the fastest of the qualified green and gold starters.

Bird-Smith has a personal best of 1:20:05, set in La Coruna (ESP), and his international resume continues to improve after making his Australian Flame debut with 11th place at Moscow 2013 before a top-eight finish at the IAAF World Championships in Beijing (CHN) last year. He is also the national 5000m and 10,000m walk champion and has line honours in his sights after being forced to withdraw from this event through illness last year.

Lamble clocked 1:30:45 to win the women’s 20km race walk in Melbourne (Vic) in December, ensuring that she has the fastest qualifier to date for the Olympic Games. A starter in the event at the London 2012 Olympic Games, placing 17th in a personal best time of 1:30:08, the 24-year-old is returning to competition after injury has sidelined her from events since the 2013 IAAF World Championships.

The Oceania & Australian 20km Race Walking Championships also feature a junior 10,000m event, with performances to set the tone for the IAAF World Under 20 Championships Selection Trial to be held at the Australian Junior Athletics Championships next month.