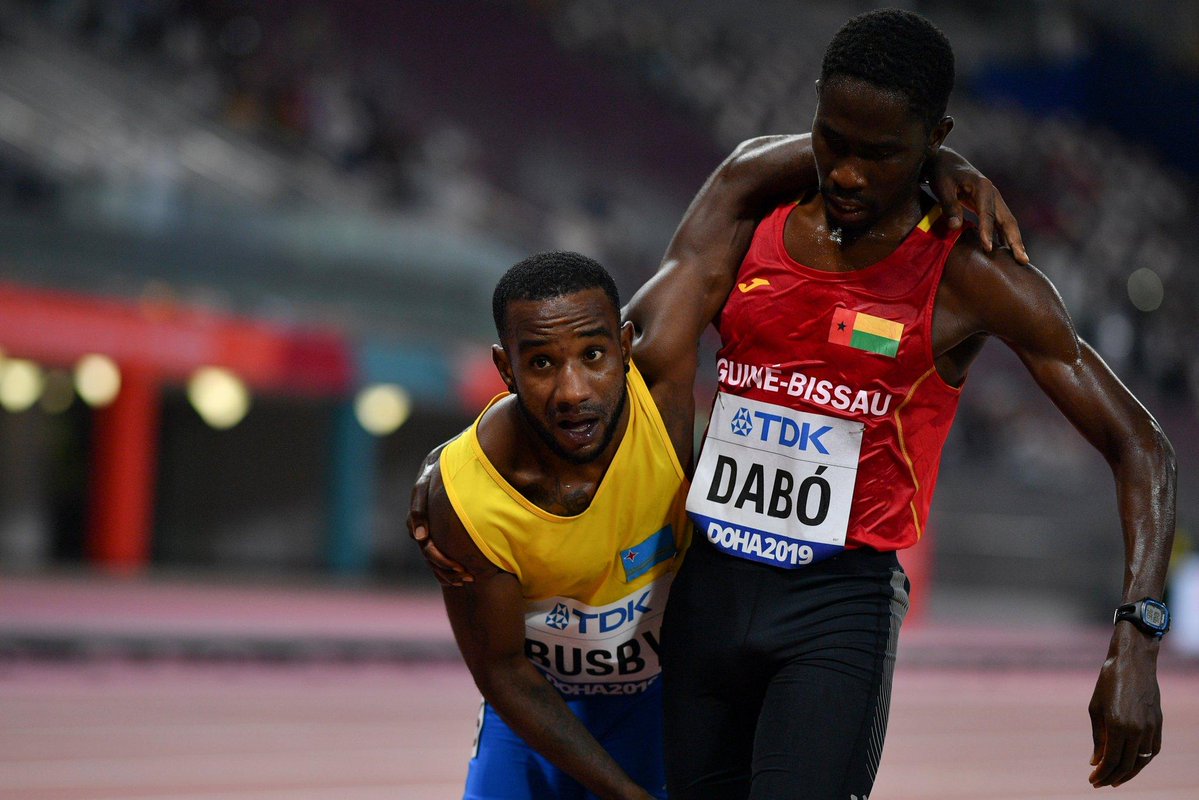 OHA, Qatar (AP) — You didn’t need a stopwatch or a measuring tape to identify the biggest winner on the first night of track and field’s world championships.

The gold medal for sportsmanship went to Braima Suncar Dabo, the 5,000-meter runner from Guinea-Bissau who stopped his own race to help a struggling competitor finish Friday night.

Sport is about so much more than just your own performance.

Dabo held up an exhausted Jonathan Busby and together they staggered around the last turn and over the finish line to great applause, even though the other runners had crossed 5 minutes earlier. Busby, from Aruba, collapsed onto the track and was placed in a wheelchair by medical staff.

“Any athlete in that situation would do the same thing,” Dabo said through a translator.

“It was something normal to do, to help someone from another country, because (Busby) was representing his country as well.” All Busby said was “thank you,” Dabo added.

Both Busby and Dabo are the only athletes from their nations at the world championships. Both men competed under special invitations that allow countries without strong track programs to send one athlete to the championships, even if that athlete has not met qualifying standards.

Dabo was far off the pace, and his goal wasn’t to qualify for the final, but just to run a personal best. Dabo’s time — nearly five minutes slower than the leader — was officially recorded as a personal best even after stopping to help Busby. But Dabo said he’d been much faster in the past.

Officially, Busby was disqualified. But the crowd roared for he and Dabo as they crossed the line.