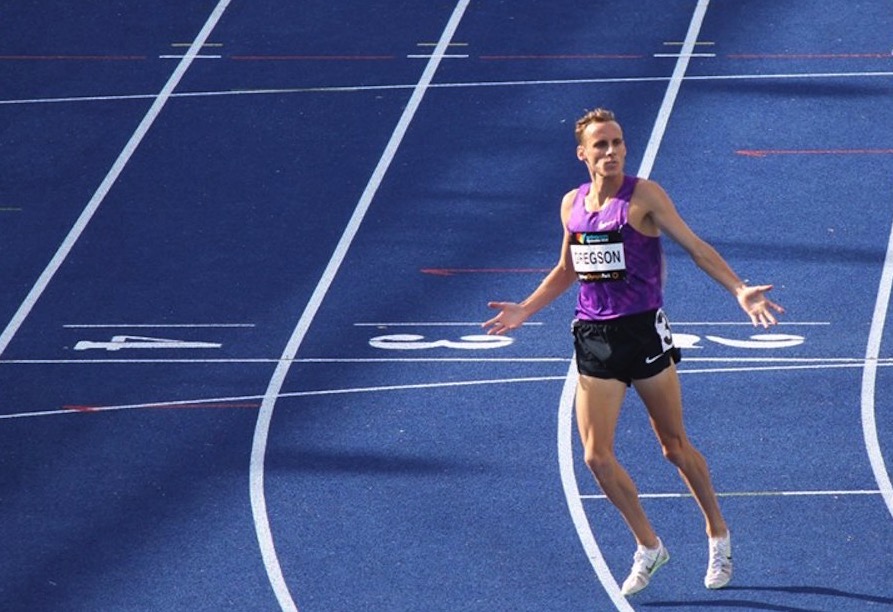 Ryan Gregson (Vic) and Patrick Tiernan (Qld) are London 2017 bound after ensuring their automatic selection in the men’s 1500m and men’s 10,000m respectively on a big day for Australian athletics across the globe.

Stopping the clock in a season best 3:34.56 behind winner Elijah Managoi (KEN, 3:31.90) at the IAAF Diamond League in Doha (QAT), Gregson’s performance alongside his Australian Athletics Championships gold medal is enough to deliver him a green and gold uniform.

“I am happy to have run the standard. I didn’t feel great. The jet lag coming from California had more of an impact than I had expected,” Gregson said.

“But I am sure the race will advance my next period of training and help me be more competitive in my next race at the Prefontaine Classic.”

Tiernan confirmed his selection at the renowned Payton Jordan Invitational in Stanford (USA), crossing the line in a 10,000m personal best time of 27:29.81.

His outstanding run saw the Rio 2016 Olympian take line honours from Mo Ahmed (CAN) after a 58-second last lap, and challenge the national record of Ben St Lawrence (NSW).

Not to be outdone were Genevieve LaCaze (Vic), Sam McEntee (WA) and Madeline Hills(NSW), with the trio also recording IAAF World Championships qualifiers on track today.

Competing in the women’s 3000m steeplechase in Doha (QAT), LaCaze clocked a season best 9:37.10 to stake her claim after missing the Australian Athletics Championships through injury.

“At halfway I thought I could run very fast, but I did get very tired through the last 800m which I should maybe have expected after missing time with injury in March,” LaCaze said.

“At least now I am healthy, have the standard and can focus without distraction on my preparation for London.”

McEntee was the first Australian to qualifier at the Payton Jordan Invitational this afternoon, with the Rio 2016 Olympian crossing the line in a personal best 13:17.55 to place second behind Justyn Knight (USA, first, 13:57.51). The performance moves him to 8th on the Australian All-Time List.

Hills then followed with a stunning 31:41.10 in the women’s 10,000m. Crossing the line 7th, the performance smashes her previous personal best by more than a minute and sets her up to join Eloise Wellings (NSW) in the event at London 2017.

In other results from Round 1 of the IAAF Diamond League in Doha (QAT), the Australian javelin champion Hamish Peacock (Tas) threw 82.97m to place 6th behind the unbelievable Thomas Roehler (GER).

Roehler’s winning mark of 93.90m is the best for more than twenty years, a world lead for 2017, a German record, a Diamond League record and a meet record.

In other results from the Payton Jordan Invitational:

For more information on the IAAF Diamond League, including results and entries, please click here.