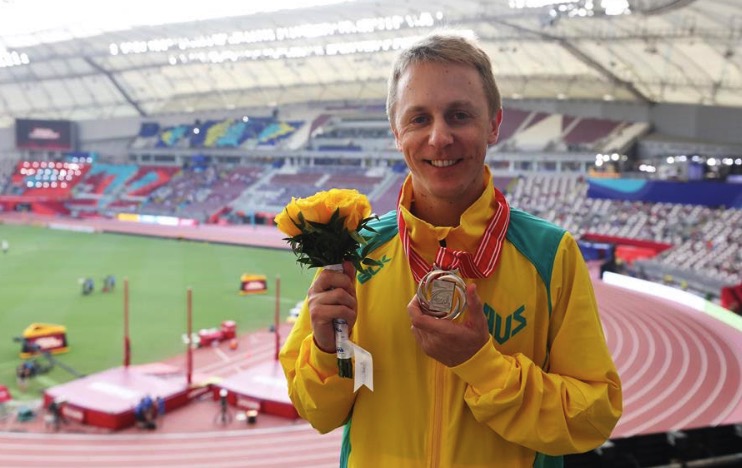 Following the retrospective doping ban of a number of Russian race walkers, Jared Tallent has been presented with his two upgraded world championships medals from the IAAF here at the World Championships in Doha.

Speaking straight after his presentation in Doha at the IAAF World Athletics Championships Doha 2019, Jared said:

“I still want to go to Tokyo and be a medal hope, so it’s building towards that. My fitness is getting better and I think my hamstring injuries are behind me, so I’m looking forward to the National Champs in December.  Hopefully I can get an Olympic qualifier there and have one last shot at getting on the podium.” Tallent said.

These silver medals are the latest in a line of upgrades for Tallent, who was also recently upgraded to gold after receiving silver at the London 2012 Olympic Games.

His medal haul is now: