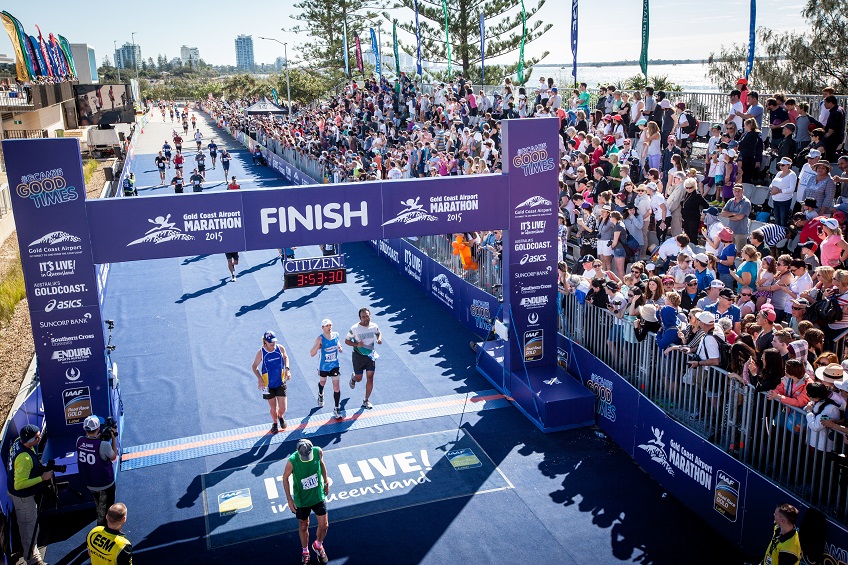 The Gold Coast Airport Marathon has proven a tourism winner with record economic impact, visitor nights and the highest number of international competitors in history.

“With the Gold Coast’s spectacular winter weather, this world class event has long been a favourite for competitors around Australia and the world,” Ms Jones said.

“Major events like this boost the State’s tourism economy and that is evident from the great results the Gold Coast Airport Marathon experienced this year.

“Many competitors extended their stays in Queensland with the event delivering 79,387 visitor nights and contributing 24 million – an increase of $1.75 million, to the state’s economy.

“Record numbers of international competitors flocked to Queensland to compete, demonstrating the value the event contributes to the state’s tourism economy.”

“The support we received from the Government, Tourism and Events Queensland (TEQ), the City of Gold Coast, Gold Coast Tourism, Gold Coast Airport and all of our sponsors, volunteers and the Gold Coast community boosted our efforts to achieve these results,” stated Mr Hart.

“Over the last 15 years, our strategy has been to never rest on our laurels and not to be complacent with our results. Our major stakeholders expect us to deliver a positive tourism impact for the City – that is our focus and we have delivered,” Mr Watson said.

The Gold Coast Airport Marathon is organised by Events Management Queensland, a major event management company wholly owned by the Queensland Government as part of TEQ.

The 39th annual Gold Coast Airport Marathon will be held on Saturday 1 and Sunday 2 July 2017.