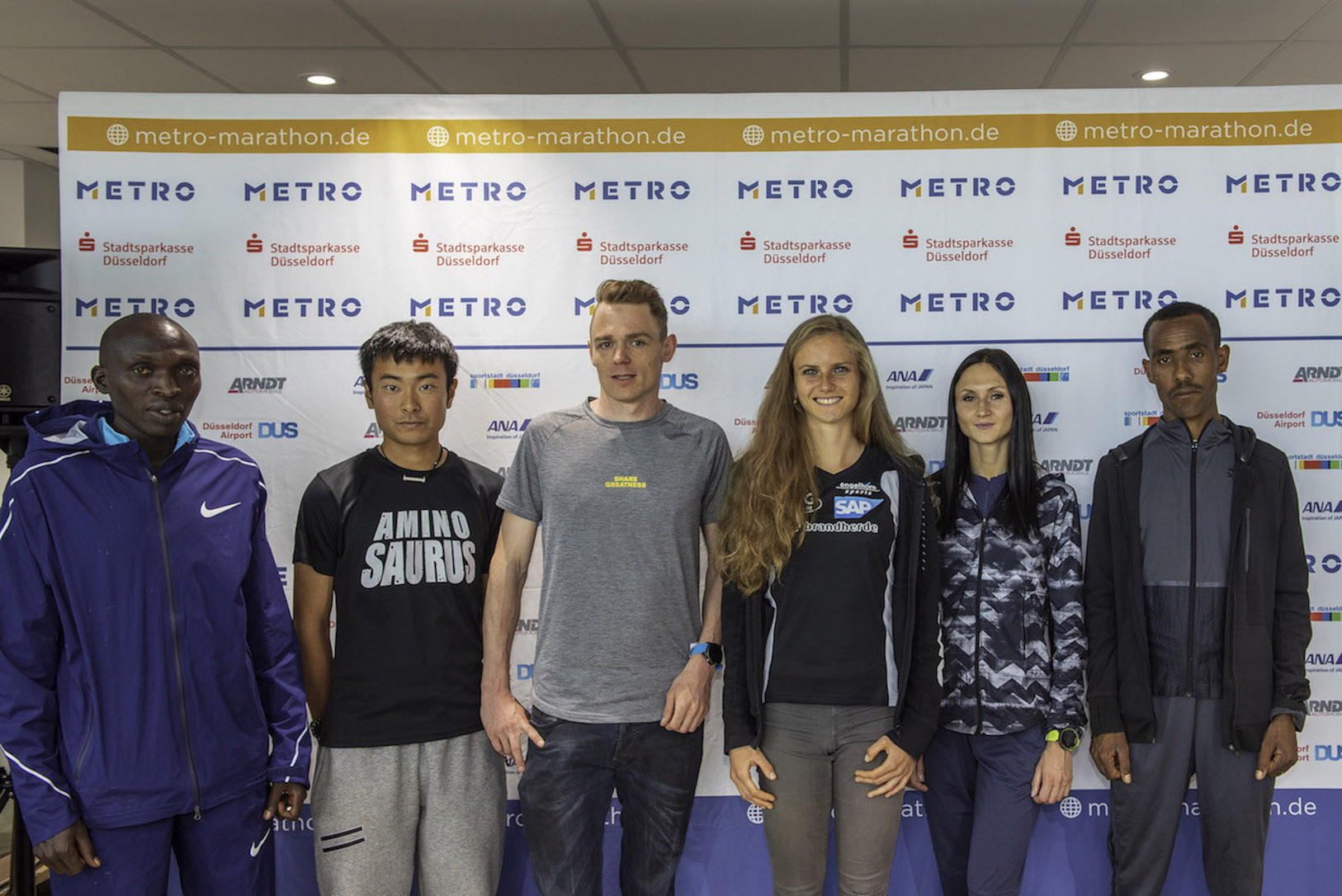 The two fastest runners in the history of the METRO Marathon Düsseldorf will clash on Sunday when the race will see its 16th edition. Ethiopia’s Dereje Debele Tulu, who ran the current course record of 2:07:48 in 2013, will be challenged by Gilbert Yegon. The Kenyan was the winner of the METRO Marathon Düsseldorf a year later with a time of 2:08:07. This is the second fastest time ever run in Düsseldorf. Volha Mazuronak is the big favourite in the women’s race. The athlete from Belarus was fifth in the Olympic marathon in Rio 2016 and has a personal best of 2:23:54. If weather conditions are suitable she will attack the course record of 2:25:47 on Sunday.

Organisers of the METRO Marathon Düsseldorf registered a total of 16,000 entries including races at shorter distances. About 3,700 of them will run the marathon. The German championships will be staged in this race as well. However none of Germany’s current top runners have entered. For the first time the METRO Marathon Düsseldorf will be streamed live at: www.sportstadt.tv

„I want to win the race and run a good time. For me this would mean about 2:07,“ said Gilbert Yegon, who established his personal record of 2:06:18 back in 2009 when he won the Amsterdam Marathon. “My preparation was good, there were no problems,“ said 29 year-old Yegon, who prepared for Düsseldorf in Kaptagat, where he trains with the group of number one marathon runner Eliud Kipchoge. “We do all the training together in a group. And we knew that Eliud would win the London Marathon.”

A time of at least 2:09 is the target for course record holder Dereje Tulu. „If the pacemakers can do a good job a faster time might be possible. I will try to run the second half a bit faster than the first,“ said the 31 year-old Ethiopian, who trains in Addis Abeba. Organisers currently plan for a half marathon pace of around 64:00 minutes. And the weather conditions look favourable. A runner who could cause an upset is Edwin Kiptoo. The Kenyan has only a modest personal best of 2:11:24 so far. However he ran a great half marathon time of 59:54 in Ras Al Khaimah (United Arab Emirates) in February.

A Japanese runner has high hopes for Sunday: „I want to win the race,“ said Hideyuki Ikegami, who has a personal best of 2:13:41. But he started as a fully professional athlete just one and a half years ago and has a German coach since the end of last year, Dieter Hogen. A victory in Düsseldorf would be sensational and unique as well since there has never been a Japanese men’s winner in any of Germany’s major marathons.

Women’s favourite Volha Mazuronak is coached by a German as well: Since the beginning of December Wolfgang Heinig took over. „I am very happy with the situation now and we have been at two training camps already,“ said 29 year-old Mazuronak. „I am well prepared but I don’t want to make a prediction regarding the time.“ Organisers will provide pacemakers with the aim of attacking the course record. Kenya’s Agnes Jeruto is the current record holder with a time of 2:25:47 from 2012.

While Ethiopia’s Yeshimebet Tadesse and Hungary’s Zsofia Erdelyi, who won the METRO Marathon Düsseldorf two years ago, had to cancel their starts due to injuries defending champion Doroteia Peixoto Alves might be the strongest rival for Volha Mazuronak. The runner from Portugal won with 2:32:00 in 2017.