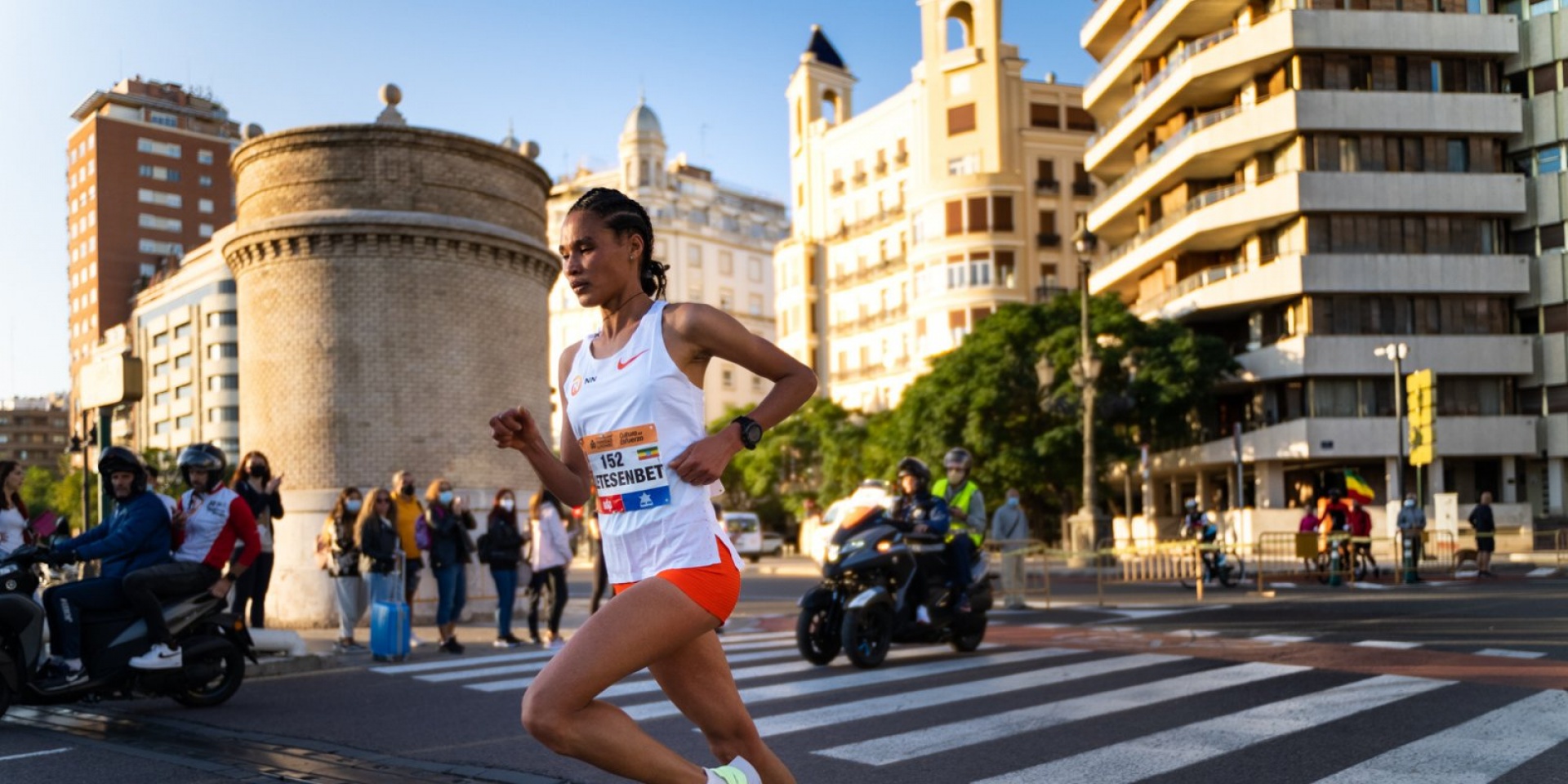 Letesenbet Gidey produced a jaw-dropping debut for the NN Running Team by obliterating the world half marathon record, posting a dazzling 1:02:52 on the streets of Valencia.

The Ethiopian, who holds the world 5000m and 10,000m on track, added the half-marathon record with an exhilarating display of distance running to wipe 1:11 from the previous world record.

On a sunny day in “The City of Running” Letesenbet hit the 10km split in an eye-popping 29:45 some 35 seconds on the world record pace of Ruth Chepng’etich.

Running with her beautifully rhythmic style, the 23-year-old maintained her astonishing pace to re-write the record books and point to a future on the road of infinite possibilities.

Letesenbet: “I’m so happy to break the world record in my first half marathon and my first race for the NN Running Team! Gracias Valencia.” 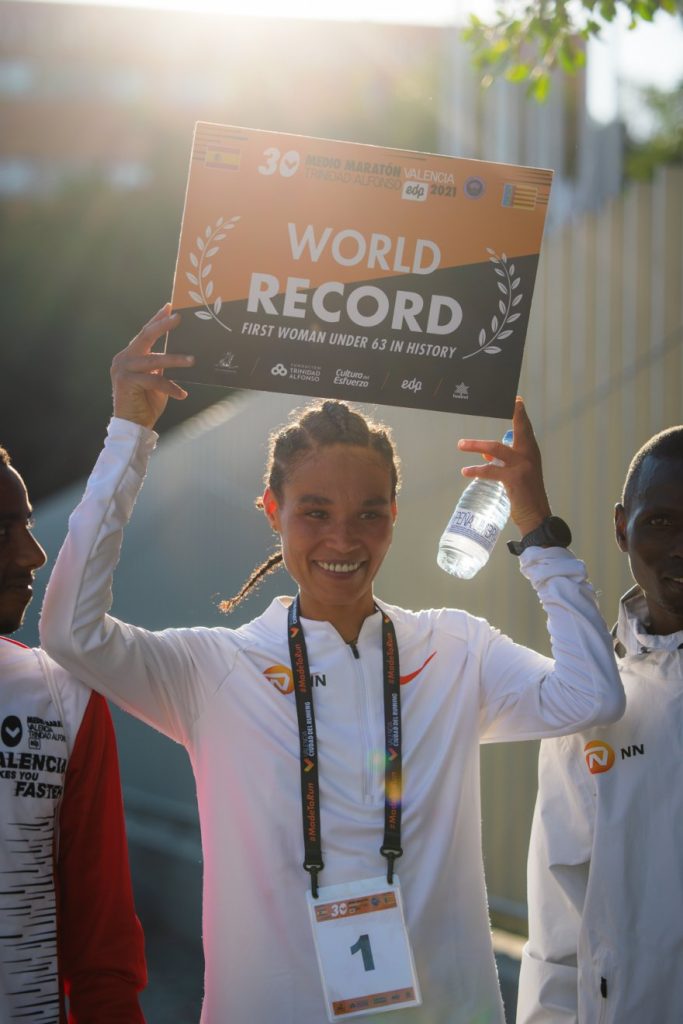