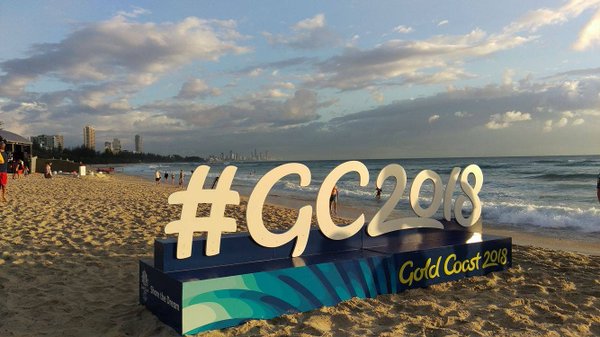 Excitement continues to build for the arrival of the Gold Coast 2018 Queen’s Baton in Australia after a Training and Operational Exercise was conducted through Warwick and Gatton today.

This morning’s Exercise simulated an actual Queen’s Baton Relay (QBR) day to induct and train crew members, and to work through systems and processes.

The Queen’s Baton, which is currently in Papua New Guinea, arrives in Australia in just three weeks’ time.

Like the QBR in 2018, the Exercise involved a moving convoy, school stops and community celebration stops through the two South East Queensland communities, following the exact route the Queen’s Baton will take next year on 29 March, day 94 of the QBR.

“The outcomes of today’s Exercise in Warwick and Gatton have reaffirmed our operational assumptions and demonstrated that we are ready for the Queen’s Baton Relay in Australia.”

While batonbearers were selected specifically for the Exercise and are not Gold Coast 2018 Commonwealth Games (GC2018) QBR batonbearers, their excitement was nonetheless real.

“It was so exciting and an awesome opportunity to be part of the Exercise today, it gave us and the people of Warwick and Gatton a sneak preview and an idea of what to expect when the real Queen’s Baton makes its way around Australia next year. It’s going to be epic,” Loren Conlon, Batonbearer said.

After 288 days engaging with all Commonwealth nations and territories, the Queen’s Baton will touch down in Australia on Christmas Eve.

Approximately 3,800 local legends will carry the Queen’s Baton around the country to the GC2018 Opening Ceremony on 4 April 2018.

The public can go online to gc2018.com/qbr and click on their community to see which streets the Queen’s Baton will travel.

Batonbearers will be informed of their street-specific slotting location in mid-December.

The QBR journey around Australia counts down the 100 days until the start of GC2018.