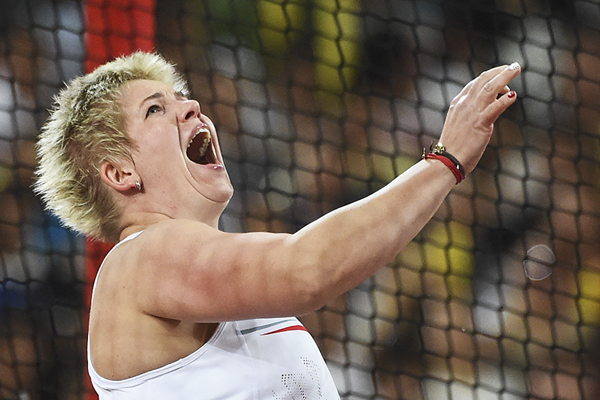 World and Olympic champion Anita Wlodarczyk broke her own world record 82.29m with a throw of 82.98m at the Skolimowska Memorial in Warsaw on Sunday (28).

Each one of the Pole’s five valid throws were beyond the previous meeting record. She opened with 79.68m and improved with her following three efforts, throwing 80.31m, 81.77m and then a world record of 82.98m.

She followed her record mark with a throw of 81.27m before ending her series with a foul.

Wlodarczyk set the previous world record of 82.29m when winning the Olympic title in Rio.