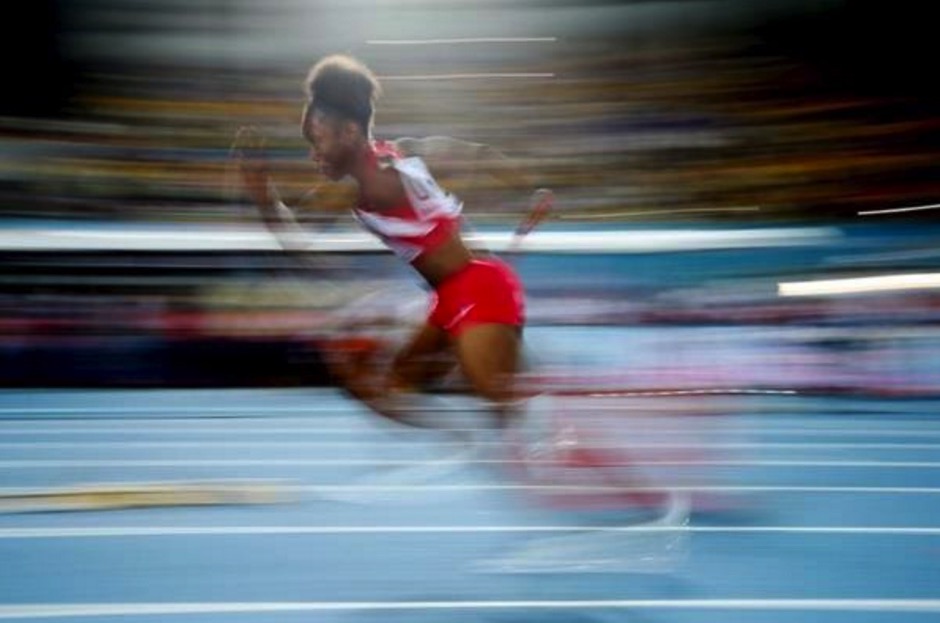 With just two weeks to go to the IAAF/BTC World Relays Bahamas 2017, anticipation is growing as the world’s best relay runners prepare to compete in Nassau on 22-23 April.

It may be the youngest IAAF World Athletics Series event, but already the World Relays has served up many memorable races. Here we look back at five such moments.

For the best part of two minutes and 55 seconds, it looked as though the host nation would triumph in their strongest event at the first edition of the IAAF World Relays in 2014.

The Bahamas were the Olympic 4x400m champions at the time and hopes were high that they could once again topple the might of the USA. Having worked their way up from fifth on the first leg to first place on the third leg, The Bahamas held pole position going into the final lap.

Michael Mathieu did his best to maintain the lead, but US anchor leg runner LaShawn Merritt caught him just metres before the finish line and went on to win it for the USA as just 0.34 separated the two teams at the end.

When the distance medley relay was added to the programme in 2015, the USA knew that the world record was there for the taking.

The record never stood a chance.

The USA smashed the previous mark by six seconds, clocking 10:36.50 to finish 50 metres ahead of their nearest rivals.

Ultimately the 20-year-old world record set by the fabled Santa Monica Track Club was broken by a Jamaican quartet, but it required some heroics in the form of an unofficial 19-flat anchor leg by 2011 world 100m champion Yohan Blake from a rolling start. And even then, the record was broken by ‘just’ 0.05.

Helped by sub-20-second men Nickel Ashmeade and Warren Weir on the first two legs, Blake crossed the line in 1:18.63 to win by almost two seconds. No teams came close to the world record at the 2015 World Relays.

The USA and Jamaica are the two biggest sprint powerhouses in the world, but the pendulum has swung back and forth between the two nations none more so than in the women’s 4x100m.

Following their world record triumph at the London 2012 Olympic Games, the USA were beaten at the following year’s IAAF World Championships in Moscow. The inaugural IAAF World Relays was an opportunity for the USA to regain the advantage and they duly obliged, winning in 41.88.

But their reign of global 4x100m bragging rights lasted only one year as Jamaica gained their revenge at the 2015 World Relays, beating the USA by 0.18.

Their duel has continued since then, with Jamaica winning the 2015 world title and the USA taking Olympic gold in 2016. Long may the battles continue.

THE KING IS CONQUERED

It is not often that Usain Bolt crosses the finish line with an athlete ahead of him, but it happened at the 2015 IAAF World Relays.

Bolt had anchored Jamaica to a world-leading 38.07 in their 4x100m heat, but the mark topped the world list for just a matter of minutes as their USA ran 37.87 in their heat just moments later. It set the scene for a mouth-watering final.

USA opened up a big lead on Jamaica on legs two and three, giving anchor leg runner Ryan Bailey a five-metre advantage over Bolt. Even for a sprinter of the stunning talent of Usain Bolt, this was too big a margin to make up and though he reduced the deficit by a metre or so, in the end the world and Olympic 100m and 200m champion was a minor player in this drama.

Bolt had the last laugh later in the year, though, as Jamaica successfully defended their world 4x100m title in Beijing.