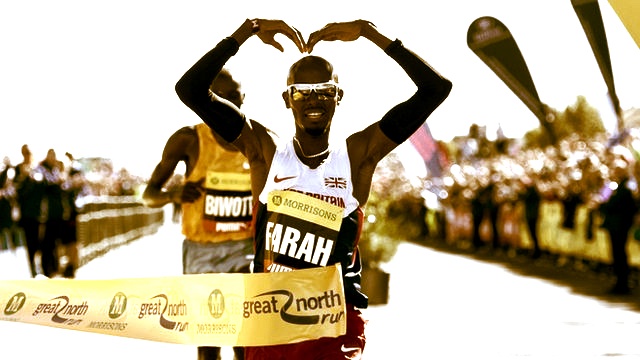 A few weeks after winning the 5,000m and 10,000m world titles in Beijing, Mo Farah has retained his Great North Run title after a thrilling battle with Kenyan Stanley Biwott over the half marathon course.

Farah clocked 59 minutes 23 seconds, 37 seconds quicker than his time last year, with Biwott a second back after pushing Farah till the end.

In good weather conditions, Kenya’s Mary Keitany produced a solo run to win in 1:07:32, her 12th consecutive victory over the distance.

Farah and Keitany became the fifth and sixth runners in the history of the event to achieve back-to-back victories.