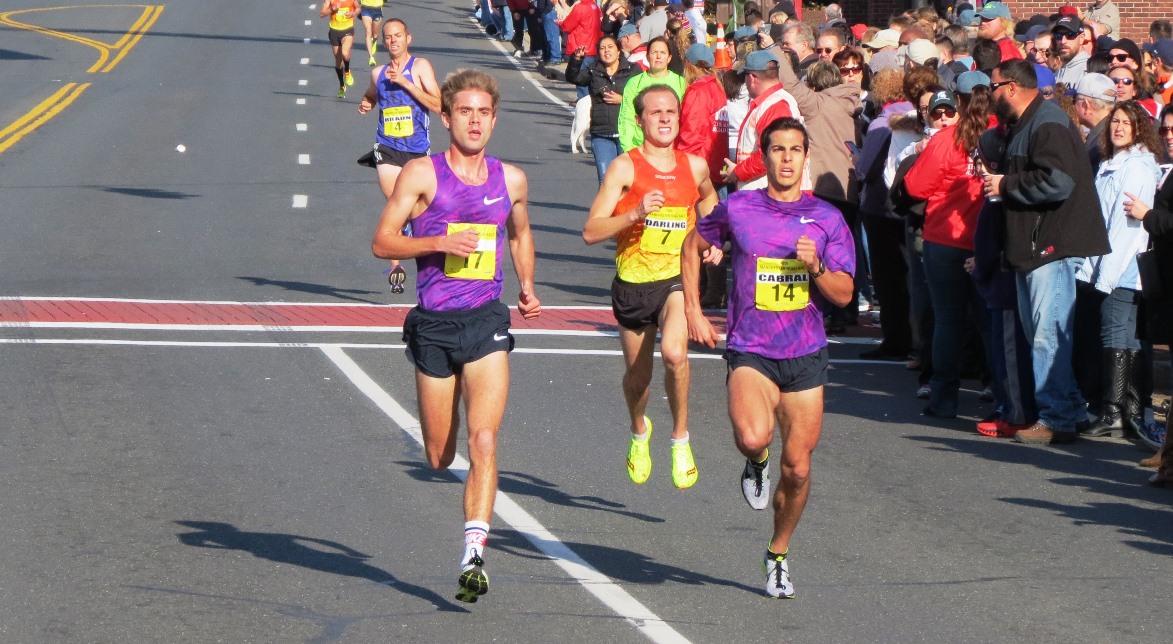 (23-Nov) — Tomorrow’s 80th edition of the Manchester Road Race in Manchester, Connecticut, will feature one of the event’s best-ever elite fields, including 2016 American Olympic medalists, Galen Rupp and Paul Chelimo. Rupp, who won the bronze medal in the marathon, and Chelimo, who won the silver medal in the 5000m, will both be making their Manchester debuts.

“I’m thrilled to be here in Connecticut for the Manchester Road Race,” Rupp told veteran Hartford Courant sportswriter Lori Riley on Tuesday.  “The race just fit in perfectly with my schedule, and I think it’s one of the most competitive years ever here.”

Rupp, 30, who lives in Portland, Ore., rarely races in the eastern United States, except during the indoor track season.  The last time Rupp competed outdoors east of the Mississippi was when he finished third at the United Airlines NYC Half back in 2011.

“I’m really just looking forward to the opportunity just to test myself, see where I’m at in my training,” Rupp continued.  “I think it’s going to be a great race.”

For Chelimo, 26, this will be his first road race since September 2015, when he finished seventh at the USA 5-K road running championships in Providence, R.I.  The U.S. Army athlete had a breakout year in 2016, running a personal best 13:03.90 to finish second at the Rio Olympic 5000m, a race from which he was initially disqualified, but then restored to the podium after a Team USA protest.

“Tomorrow is the day mid-distance meets distance,” Chelimo tweeted today in a reply to miler, Kyle Merber.  “Should be a fun show.  I’m excited to get to race you for the first time ever.”

“To celebrate the 80th anniversary the starting line will feature one of the best fields ever assembled in the long and storied history of this event,” said elite athlete coordinator Jimmy Harvey in an e-mail to Race Results Weekly.

About 13,000 runners will take to the street in Manchester tomorrow, making it New England’s second largest road race after the Boston Marathon.  The race was first held in 1927.