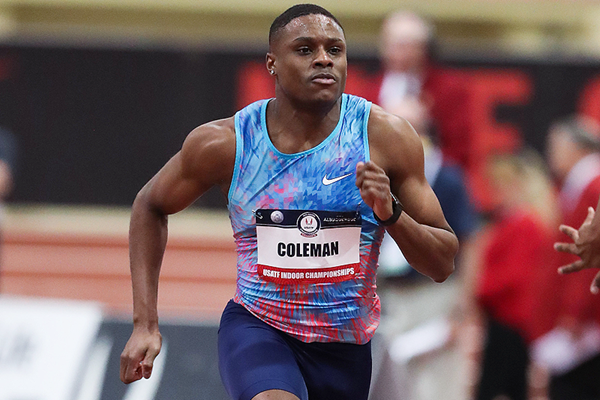 Christian Coleman sped to a 6.34 world record* to win the 60m on the third and final day of the US Indoor Championships in Albuquerque on Sunday (18).

The world 100m silver medallist had won his heat in 6.46 and his semi-final in 6.42 after easing down on both occasions, hinting that he had more in store for the final.

After a false start from one of the other finalists, the race got away at the second time of asking and Coleman blasted out of the blocks with a 0.149 reaction time.

Pushed for most of the race by Ronnie Baker, Coleman edged ahead in the closing stages before spreading his arms wide when crossing the finish line, stopping the clock at 6.34. Baker finished second in 6.40.

Coleman’s time takes 0.05 off the existing world indoor record set by Maurice Greene in Madrid in 1998 and equalled in Atlanta three years later.