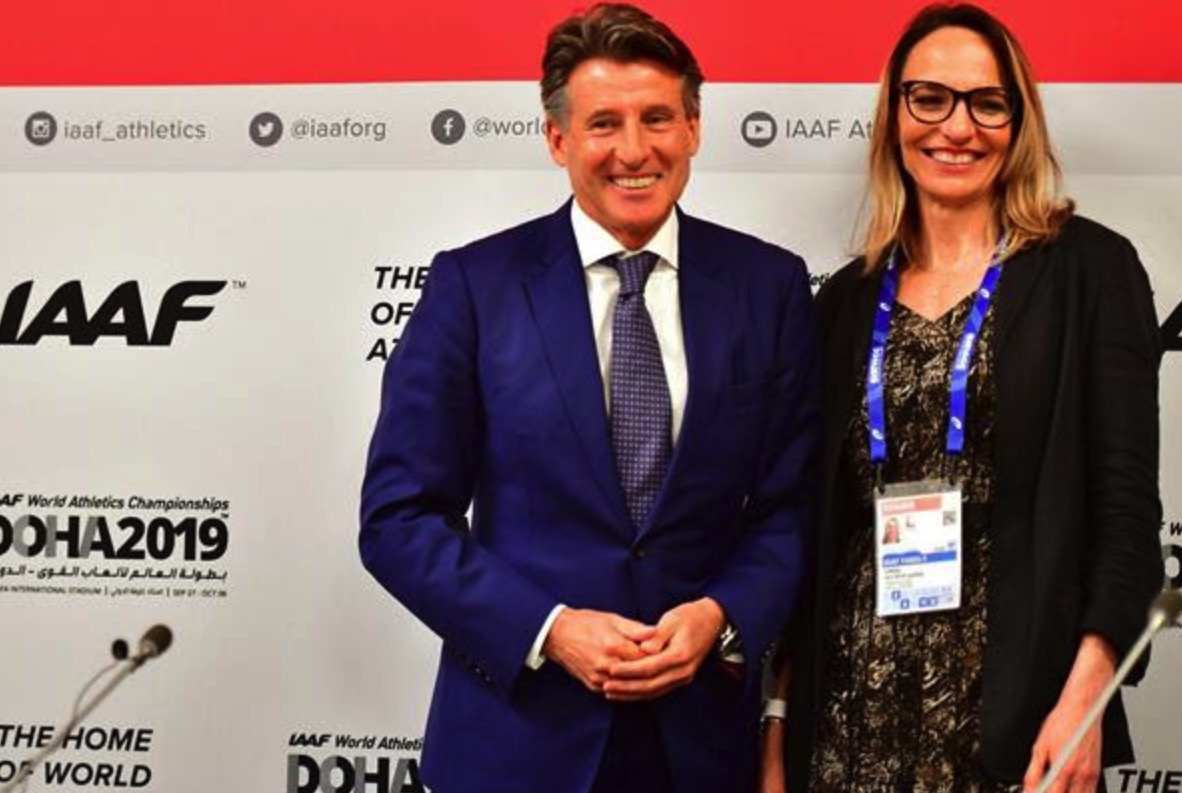 All 203 voting members of Congress voted for Coe; there were no abstained votes.

Restrepo, the 1992 Olympic 400m bronze medallist from Colombia, will become the first woman to serve as an IAAF Vice President. As part of the widespread reforms adopted by the IAAF Congress at the end of 2016, the IAAF added minimum gender targets into its constitution to establish parity at all levels in the sport’s governance.

Coe welcomed Restrepo, who now lives in Chile, as one of the new Vice Presidents and offered his congratulations.

“Ximena is a former athlete which is tremendously helpful when you’re driving the sport forward,” said Coe. “I am delighted that we have for the very first time elected a female Vice President and that she will be joined by seven other women on council. This is a historic moment.”

“I’m really honoured to take this position,” said Restrepo. “It’s a great moment for me and for my country. I would like to thank you, Seb, because this was only made possible because of you and the changes made to the constitution.

“I think we, as women, now have more opportunities than before. I just hope I can do a good job. I’d like to thank all of the member federations who voted for me. I hope I can be all that they expected me to be.”

The IAAF Council will be composed of 26 members, eight of whom are women. The 13 newly elected members will be joined by six Area Presidents and two members of the Athletes’ Commission, one man and one woman, including the Chair.

Following the recommendations made by the IAAF Taskforce, Congress also voted to uphold the suspension of RusAF.