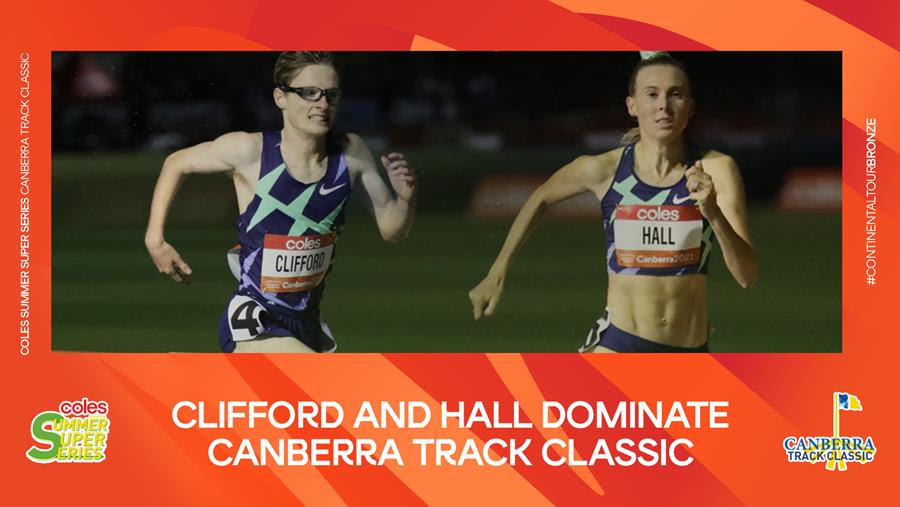 Elated with his result, Clifford said breaking another world record was no surprise but lowering it as much as he did was something he was particularly proud of.

WORLD RECORD for @JarydClifford! He shaves his 1500m best down to 3:41.34. How inspirational is this bloke. #ThisIsAthletics pic.twitter.com/TN0zqcN2I1

“Honestly I think my last PB and world record was a really good run but I thought I’d have at least half a second more in me, so one and a half seconds more is a little bit more of a surprise,” he said.

“To break another world record in Australia is an amazing feeling. To break a couple at home was really special to do, especially after what Victoria went through last year, and to do it again in Canberra, where I currently live and where everyone has welcomed me with open arms, that’s really special. Now it’s about replicating that on the big stage, when it really does matter – in Tokyo.”

Clifford will now turn his attention to the Sydney Track Classic where he will compete in 5000m Australian Championships in just 48 hours’ time.

Fresh off breaking the Australian 1000m record at the Box Hill Burn last week, Hall (VIC) has all but booked her ticket to the Tokyo Olympics and secured the fastest time by an Australian at home, clocking 4:02.02 in the 1500m.

Finishing a startling 8 seconds in front of Abbey Caldwell (VIC, Gavin Burren) who placed second, Hall said running the qualifier was a huge relief, after missing out by 0.1 in her season opener at Zatopek:10 in January.

“The last lap I saw the clock and I was under pace to hit the qualifier and I said to myself, ‘I’ve come too far, don’t blow it now, Linden!’ and I was definitely thinking about Zatopek in that last 400m and didn’t want to end up in that position again. It’s been on my mind for six weeks, and it’s a huge relief to get that locked away,” she said.

“Getting the qualifier now allows us to do a bit more of what we want the rest of the season in terms of prioritising for Tokyo rather than having to race really hard now to qualify just to get on the team, which was the case for Rio, so it’s really exciting to be able to plan accordingly.”

The men’s 800m was another highlight of the evening, with Peter Bol (VIC, Justin Rinaldi) coming agonisingly close to the Olympic qualifier of 1.45.20 when he ran 1:45.23. Luke Mathews (VIC, Elizabeth Mathew)  also made his return to racing, running 1.48.11.

The track is on fire in Canberra. @pbol800 runs a scorching 1:45.23 over 800m, narrowly missing an Olympic qualifier. Unbelievable 30 minutes at the AIS! #ThisIsAthletics pic.twitter.com/4xnTuPlDXK

Adding another A qualifier to her list of achievements this season, four-time T35 world champion Isis Holt (VIC, Paul Pearce) ran 13.78 over 100m, edging closer to her personal best of 13.36 before she took over a year away from the sport.

In other results, Rohan Browning (NSW, Andrew Murphy) stormed down the straight in a time of 10.34 (-0.7) to add fuel the fire that is his friendly rivalry with Jack Hale (TAS, Adam Larcom) who finished in second place in 10.42. Browning was happy with the win, but the same could not be said for the time – turning his attention to Brisbane where he hopes for an improved performance. 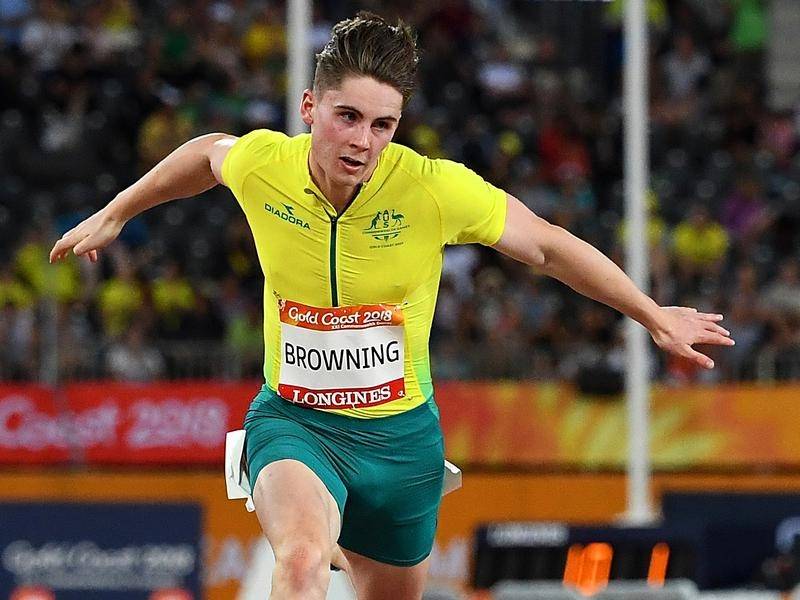 Hana Basic (VIC, John Nicolosi) is quickly establishing a reputation as the woman to beat in the Australian sprinting ranks – once again winning in Canberra in a time of 11.48 (-0.9). Riley Day (QLD, Paul Pearce) was next across the line in 11.57, with Ebony Lane (VIC, Matt Carter) in third place when clocking 11.61. Naa Anang (Gary Bourne) registered a time of 11.74 in the event after missing an extended period with injury.

The rivalry between Nick Hough (VIC, Anthony Benn) and Nick Andrews(VIC, Tim O’Neill) witnessed another chapter in the Men’s 110m Hurdles, with Hough running away with the event in a time of 13.63 (+0.3). Andrews clocked 13.81 in second place.

Full results can be found at http://athletics.resultshub.com.au/