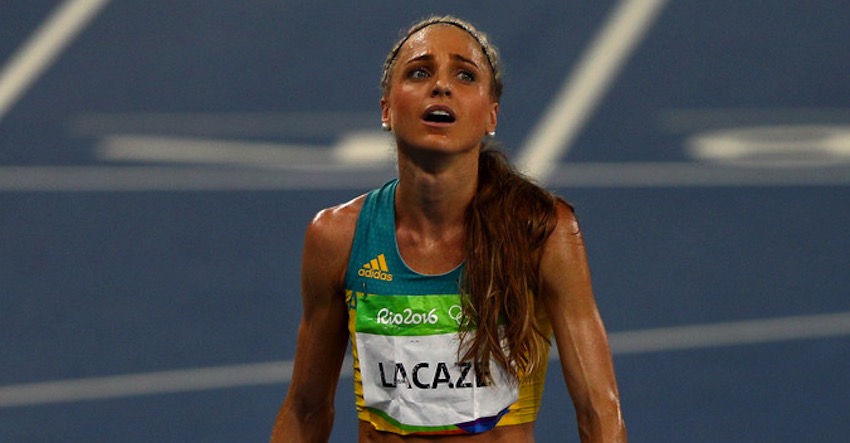 No less than seven women who have represented their country are entered for the world richest mile in Darwin this Sunday, the Lottoland Mitchell Street Million Dollar Mile.

Race ambassador and defending champion Genevieve Lacaze will start as one of the key athletes to watch, as she prepares to round out her 2017 year with another road mile.  The dual Olympic finalist last week ran a pair of mile races in the USA, including the Hoka One Long Island Mile and the New Balance 5th Avenue Mile and will be out to match her efforts from last year on the main street of Darwin.

With the prizemoney doubling from last year, Lacaze will be looking to take home the first prize purse of a whopping $15,000, which makes it the highest prizemoney for a mile in the world.

Australia’s third fastest runner ever over 1500m, Linden Hall, will be a key challenger to Lacaze.  Last weekend in New York, Hall got the better of Lacaze on 5th avenue and again at Long Island, but only just.  Little more than a second separated the pair in their past two outings over a mile.

Hall finished third in last year’s Lottoland Mitchell Street Million Dollar Mile and will be keen to show the class that saw her make the semi-finals of the 1500m at last year’s Olympics.

2015 winner Melissa Duncan returns, after being out of racing action for much of the past 12 months.  After winning the 2015 race in a course record of 4minutes 40, Duncan was struck down with injury despite having attained the Rio Olympics 1500m qualifier.  With a personal best of 4:05.56 for the 1500m and the know how to win, Duncan will be in with a shout at the finish line.

Olympic 800m representative Selma Kajan is a newcomer to the field, along with New Zealand world championship representative Camille Buscomb.  With Kajan speed based and Buscomb coming from an endurance background, the paid will meet over the mile distance for the first time.

Last year’s fourth placegetter and world championships representative from London this year Brittany McGowan is another to watch on Sunday evening.  After momentarily hitting the lead inside the final 400m last year, McGowan will take comfort in having experienced the race last year and returning in great form that saw her represent Australia less than 6 weeks ago.

Fighting out for the $1000 prize for first Territorian will be World Mountain Running Championship representative Emma Kraft from Alice Springs and Aubrey Hall from Darwin.

Prizemoney for the elite women’s race is;

The elite women athletes are;