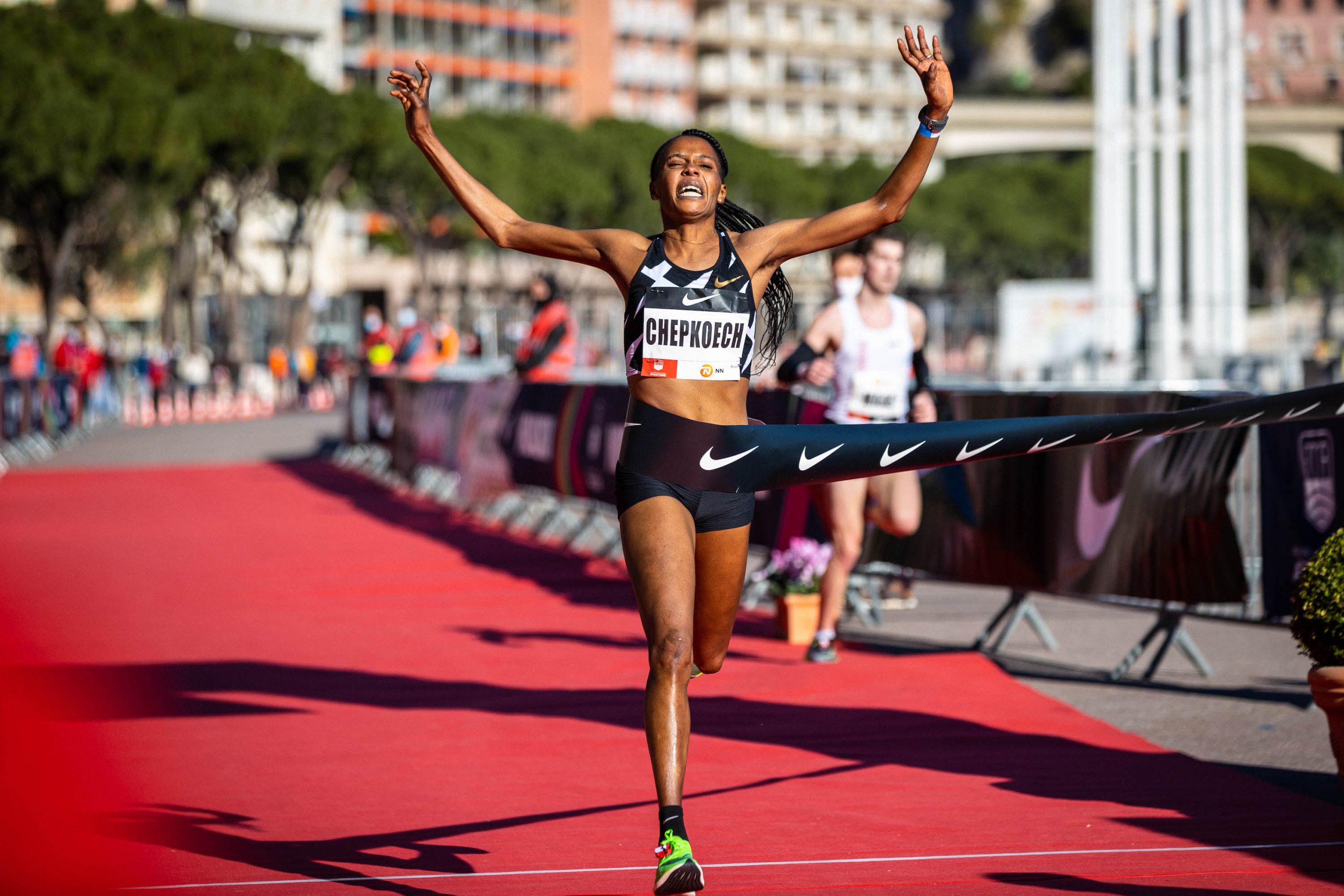 The performance by the 29-year-old Kenyan bettered the previous record in a mixed gender race of 14:48 set by Caroline Kipkirui in 2018, and is also one second faster than Sifan Hassan’s 14:44 record for a women’s-only race, until this morning the fastest time ever produced over the distance since the 5km was introduced as a world record event in November 2017.

Chepkoech battled strong winds during the early stages of the race along the Monaco coastline but fought on over the latter stages to claim a second world record, this one joining her 8:44.32 record in the 3000m steeplechase set in 2018, also in Monaco.

“I’m so happy because I didn’t expect it,” said Chepkoech, the 2019 world champion in the steeplechase. “It was cold and there was a lot of wind, but I tried to follow my pacemaker and everything was perfect.”

As she approached the tunnel portion of the course a second time, Chepkoech said that the winds had died down so she decided to push the pace. “My pacemaker told me ‘we can do it, let’s push it’. So I did it.”

Joshua Cheptegei of Uganda, who set the men’s world record of 12:51 at this race last year, successfully defended his title, clocking 13:14.